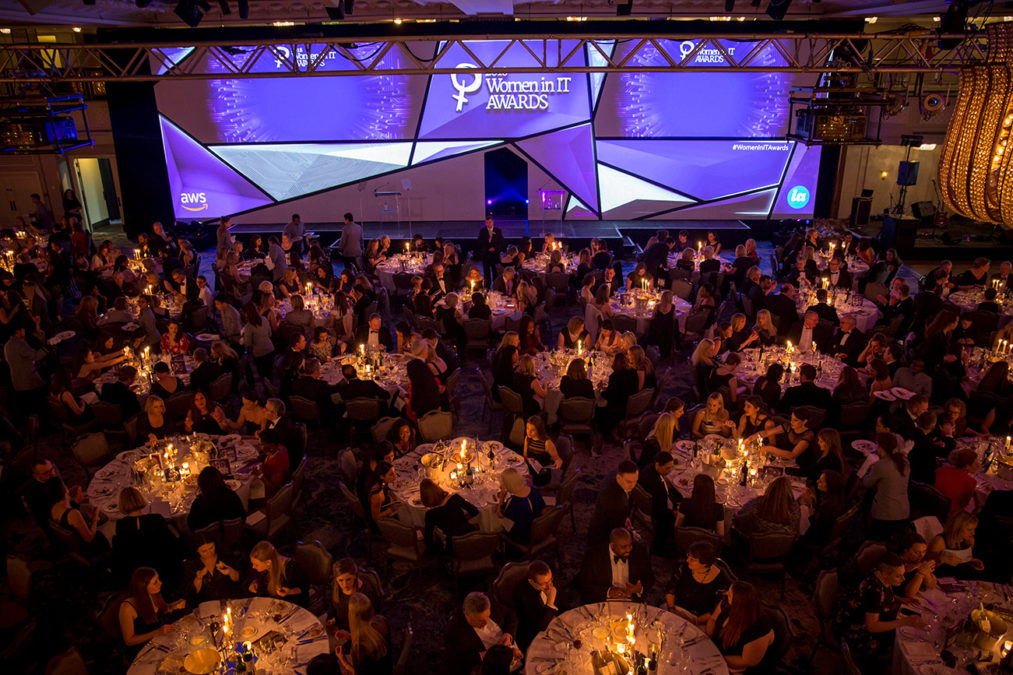 This year has seen the Women in IT Awards’ presence grow across the world, as the issue of gender diversity in tech is not a problem isolated to the UK – it spans all industries in all regions.

Information Age held the inaugural Women in IT Awards USA in March 2018 at Gotham Hall in New York, and since then we have announced events in Ireland later this year, and San Francisco and Singapore in 2019, on top of New York and our flagship awards in London. We run two further diversity events in the UK: Tomorrow’s Tech Leaders, a careers fair for female university students, and Future Stars of Tech, which identifies and promotes the industry’s top female career climbers.

“Today I am delighted to open nominations for the Women in IT Awards London – our flagship diversity event, open to anyone based in the UK” said Nick Ismail, Content Editor, Information Age.

“Since its inception four years ago, the event has grown significantly, as industry leaders increasingly realise the importance of promoting and celebrating a diverse workforce. Diversity is critical to driving innovation and business success. I wish all of those who submit a nomination the best of luck!”

The largest technology diversity event in the world

With 1,200 business and technology leaders in attendance, the fourth annual Women in IT Awards – in partnership with AWS – was the largest technology diversity event ever staged in the world. Next year’s event will take place on 30 January 2019 in the Great Room of the Grosvenor House Hotel, Park Lane, London.

Last year’s event was hosted by TeenTech CEO and TV presenter Maggie Philbin, who was appointed an OBE in the New Year Honours list for her work in sparking young people’s interest in STEM.

Baroness Martha Lane Fox, founder of Lastminute.com and board director at Twitter, delivered the evening’s keynote speech, telling the audience that a more diverse technology workforce is key to achieving a successful Brexit.

Alison Davis of The Francis Crick Institute was crowned the CIO of the Year, while Emily Biggs from Digital Shadows and Sarah Trickett of the HMRC won Security Champion of the Year and Transformation Leader of the year respectively.

Meanwhile, FDM Group was victorious in the Employer of the Year category, Floriana Molone from the London School of Economics was awarded with Future CIO of the Year and Yasaman Hadjibashi of Citi Global Consumer Bank was named Global Leader of the Year.

Editor’s Choice went to Marta Raper of NHS Digital, e-Skills Initiative of the Year to Good Things Foundation, Digital Leader of the Year to Helene Stanway, XL Catlin, and Rising Star of the year to Jessica White, Oakbrook Finance.

Kim Nilsson of Pivigo was named Entrepreneur of the Year, Leanne Kemp of Everledger took Innovator of the Year, and FDM Group’s Sheila Flavell walked away with the prestigious Woman of the Year award.

These awards will again be up for grabs at the Women in IT Awards 2019, except for Graduate of the Year, which will be merged into the Rising Star of the Year category. New categories for CTO of the Year, IT Team of the Year and Diversity Initiative of the Year will be added to the programme.

>See also: The great IT migration: Women in IT Awards’ CIO of the Year

The 2019 edition of the awards is set to be the biggest and best so far, as Information Age continues to grow the initiative in both size and influence. The Women in IT Awards has become the flagship event among many global and wide-reaching efforts to bring diversity to the technology industry.

The nominations period is now open and will close on 19 September 2018. There is no cost to nominate and no limitations on the number of categories a company can enter. All nominations are submitted through the website, where each written submission should be at least 400 words and a maximum of 600 words.