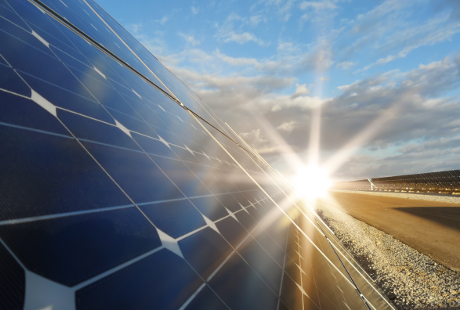 Apple has announced plans to build a giant solar farm in the Nevada desert to power its new data centure in Reno.

The 137-acre solar arrary will be able to generate 18 to 20 Megawatts (MW) of power, making it an unusually large facility for a non-utility company.

It is also entering into a partnership with local utility company NV Energy to provide renewable power to the community.

The “Ft. Churchill Solar Array” will be the latest step towards Apple’s goal of running all of its data centres on 100% renewable energy. It already powers one of its data centres, in Maiden, North Carolina, with solar energy and is already building two huge 20MW solar farms there.

According to a statement issued by the company, it will use a new kind of solar generation technology which uses mirrors to concentrate the sun's rays on the panels.

“Our experiences in Maiden, Prineville, and Newark will help ensure that our next data center, to be located in Reno, Nevada, will live up to the same high standards for environmental responsibility,” said Apple on its website. “In Reno, we will take advantage of Nevada’s excellent natural solar radiation and geothermal resources to completely meet the energy needs of our data center.”

When completed, it is hoped that the solar array will generate around 43.5 million kilowatt hours of clean energy a year – the equivalent of taking 6,400 passenger vehicles off the road.

The company says that it aims to meet its 100% renewable energy target through a combination of generating its own clean power, building relationships with utility providers and reducing its energy needs.