SDx Symposium and the bigger picture around ‘software-defined’ 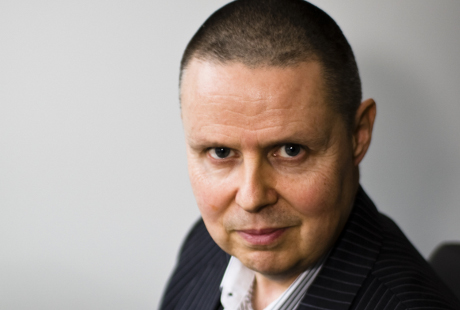 Now that 'software-defined' has replaced cloud and virtualisation as the topic du jour in enterprise IT, it's crucial that decision makers start to enter into meaningful dialogues around its use. That's where new event SDx Symposium comes in, and speakers like senior Ovum analyst Roy Illsley, who is keen to offer a more grounded perspective.

'My message is there's a lot of hype, but at this symposium you'll hear people getting to the nuts and bolts, talking about the reality of 'software defined', where it can be used and how you can understand what the value is,' says Illsley.

'It's not trying to sell it, it's laying it bare as a technology that is not fully formed but there may be great benefits to using, explaining the options and the importance of considering the right ones for your needs and not the needs of the solution vendor. These are the kinds of narratives we should be having around software-defined at this level in its maturity.'

Illsley will be joining a medley of experts at the UK's first ever forum for all things 'software defined' – SDx Symposium taking place this Thursday May 15 at London's Langham Hotel.

Ovum's recognised expert on virtualisation and infrastructure management, Illsley enters the conversation with more than 23 years' IT experience under his belt as a data centre manager and in a huge variety of roles for end user and consultancy companies. He joined Ovum in 2006 as the lead analyst delivering workshops or 'master classes' around the world, spreading practical knowledge on virtualisation and other then-emerging technologies.

As he explains, SDx Symposium will be amongst the first opportunities for UK data centre managers and IT leaders to learn from an objective standpoint what software-defined solutions can really offer them – this begins with a solid definition.

'The problem with defining software-defined is at present every vendor is saying they are,' says Illsley. 'You need to understand the relative maturities of each area- software defined networking is much much more mature than storage, which is at best software running on some storage.

'If you're a purist, the definition of a software-defined data centre would have no vendor tie-in and would be completely utilitarian in its approach, which is years away if it's ever going to happen at all. The best you're going to get is the ability to work with a range of different infrastructure devices and manage them with a choice of different software within a data centre. That's probably no more than three or four years out, and that's what I believe will be the big growth area. '

'That's why I'm going to be touching on not just software-defined, but all the other pieces that fit around it and how those bits fit in,' says Illsley. 'Because if you haven't got the processes and intelligence to take advantage of software-defined, it's no use to anyone.'

> See also: Early adopters of software-defined to pass on learnings at UK-first event

'Converged infrastructure is bringing storage, servers and different devices together, making the data centre a different beast to the one you've got today. We see a lot of change happening in the data centre that software-defined is the culmination of. If you're saying instead of manual configuration I'm doing it in a software form, that's been about for years.'

In his talk Illsley will attempt to address the knowledge gaps around the four technologies set to impact operational activity in the corporate data centre in the next few years – software-defined, converging infrastructure, IT operated analytics and DCIM.

'The whole concept is to get away from lock in, improve processes, improve agility and to do that you need a wide variety of technologies to support it and push it through,' he explains.

Along with Illsley and other industry thought leaders, attendees on Thursday will hear directly from some of the earliest adopters of software-defined solutions, including Clive Freeman, chief technologist at HP's UK enterprise group, and Nirmal Davé, UK security systems engineer at Palo Alto Networks. They will be covering topics from next-generation security for software-defined networking to deploying software-defined infrastructure for big data.