How to ensure long-term connectivity for smart cities? 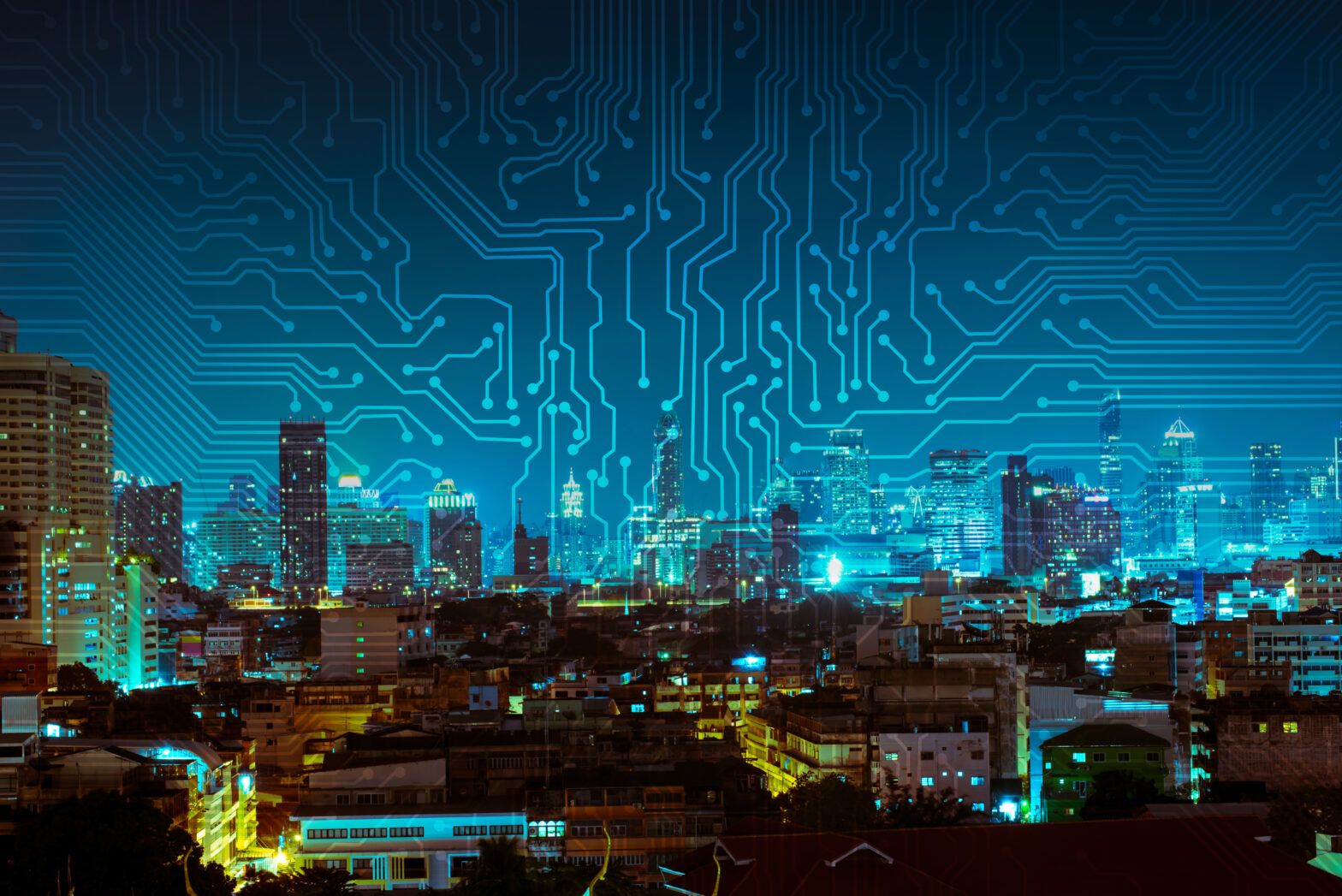 The smart city of tomorrow will be built upon a complex ecosystem of electronic devices and software systems. Thanks to the evolution of the Internet of Things (IoT), machine learning and artificial intelligence (AI), smart cities are now expanding at an incredible rate, and swiftly becoming connected powerhouses.

The UK Department for Business, Innovation and Skills (BIS) considers smart cities a fluid development, in which increased citizen engagement, hard infrastructure and digital technologies make them more liveable, resilient and better able to respond to challenges. The UN estimates that by 2050, 70% of the world’s population will be living in these connected urban environments.

Driven by sensors, networks and data-analytics, connected cities are centred on real-time information. To support this, sensors are deployed across a range of environmental conditions – for example in streetlights, smart utility grids, and chemical detection systems which provide vital statistics on how the city is performing as well as areas in which they need to be more efficient.

With a physical infrastructure – such as the IoT – this can enable service providers to effectively analyse and make use of the generated data. However, if they are to achieve their full potential, these units will need to be protected from the environmental elements. Whilst these systems and sensors are intelligent, it remains essential to maintain connectivity at all times in order to keep the network on and functioning. Otherwise, these new cities will face device and network failure that could be have significant consequences for its citizens.

An agile approach is needed when developing smart cities. However, with centuries-old infrastructure, challenges can arise when building connectivity as the technology needs to be retrofitted to breathe new life into old systems. To achieve success, future projects are being road-tested on derelict or undeveloped land, where it is possible to build a new infrastructure from the ground up.

These ‘practice’ cities, are essential to see how different systems perform in extreme conditions, such as flooding or snow storms. A good example of this is a project currently being worked on by Sidewalk Labs, a subsidiary of Google, who are piloting the redevelopment of 12 acres of south-eastern waterfront in Toronto in order to eventually create a smart city. Developers need to look at the longevity of a smart city from the outset, ensuring they get the correct data and reliable information flow in order to analyse and run it efficiently without encountering obstacles such as water damage.

Connecting to the future

Sensors have become a critical element in the execution of a smart city. According to Gartner, around 20.4 billion IoT devices will be deployed globally – with a large number of those being sensors in smart cities around the world. This figure includes 1.39 billion being used in smart cities to combat climate change.

>See also: Five IT capabilities to transport smart cities in 2018

If the sensors and associated electronics are unreliable, every smart city will need an army of engineers on standby constantly, ready to replace and repair the thousands of sensors and smart devices, but this is impractical and is an ineffective use of a city’s funds. To maintain the overall efficiency and functionality of a connected city, sensors must be relatively self-sufficient.

The technology deployed in these cases needs to be strong, weather resistant and resilient. Factoring these elements into the design and maintenance will make smart cities function better in the long-term, as well as cheaper to run. Sensors need to be designed so that they can connect with the outside world, as their functionality can reduce dramatically if they are shut away in boxes with mechanical gaskets and seals.

A hydrophobic coating is one answer to long-term durability for these essential components. These coatings can be applied via a low-pressure pulsed plasma deposition process that covers devices both inside and out for the ultimate protection from the elements. A PCBA level coating can be used as to provide back-up protection in case a mechanical seal or case is damaged or degrades over time.

A nano-scale coating chemically bonds to the surface, ensuring resistance to rain or humidity, for example, without the need to contain it within a gasket. Protecting sensors and systems are high up on the agenda of manufacturers and city planners and they are now integrating the hydrophobic coating step into the production process, rather than it being an afterthought.

Trust is placed in autonomous systems, which means that the smart cities of the future must remain connected every second of every day. Being robust enough to operate in extreme circumstances is paramount. If a system is compromised, safety will be too, and this must be taken into account as inhabitants will become more dependent than ever on the smart infrastructure and the data that binds the city together.

Sourced by Nick Rimmer, VP of product management at P2i