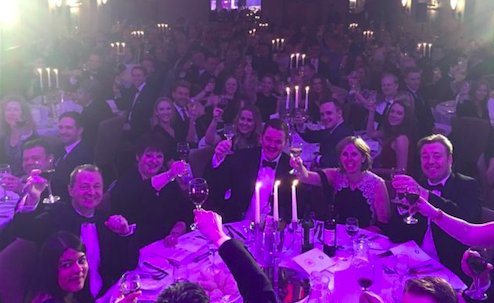 The UK’s leading recognition of data leaders, the Data 50 Awards, is now accepting nominations for its 2017 induction programme.

The Data 50 Awards celebrates data leadership and excellence among the sector’s highest achievers. Organised by Information Age, the Data 50 list is updated annually to recognise the top individuals and companies driving data innovation and business value in the enterprise. The 2017 ceremony, attended by hundreds of the UK’s top data professionals, will take place in London on 25 May 2017.

Next year will see 50 more people, as well as the companies they work for, inducted into the prestigious programme. All inductees will be celebrated on 25 May at the Data 50 Awards ceremony, which will also reveal ten ‘Best in Class’ winners. Click here to see last year’s winners.

The initiative honours the people at the forefront of data – those transforming organisations and enhancing decision-making through its use, managing and controlling its proliferating growth, and driving new business value.

The pace of innovation in this industry has been rapid, with new ways of generating insight from data springing up regularly. The sale of big data and business analytics software, hardware and services will reach $187 billion by 2019, according to IDC.

Meanwhile, the professionals and executives involved in the deployment of these technologies in enterprises have shown just how impactful their application can be in improving services, driving efficiencies and cost savings, and trailblazing new opportunities for growth.

And while it’s easy to dwell on the ‘sexier’ examples of big data, other cutting-edge technologies have enabled unprecedented ways to build infrastructure that can house and scale its growth – and protecting sensitive information from ever-expanding cyber threats is also a critical consideration.

All functions involved in driving data innovation in the UK are considered, whether it be the vendors creating the technology, the end-users deploying it, or the consultancies or integrators helping them do it.

“The Data 50 is an important initiative for Information Age as it allows us to identify the leading players driving innovation and business value in one of the most disruptive technology trends facing enterprises today,” said Ben Rossi, editorial director at Vitesse Media, which publishes Information Age. “We’re excited to see who makes the 2017 list and to see them recognised at the UK’s largest gathering of data leaders, the Data 50 Awards.”

Nominating somebody for the 2017 Data 50 is simple and be done on the website. The deadline for submitting a nomination is 13 January 2017.