Skip to content
Home » Sectors » Automotive » The inevitable road to the autonomous car: are they safe?

The inevitable road to the autonomous car: are they safe? 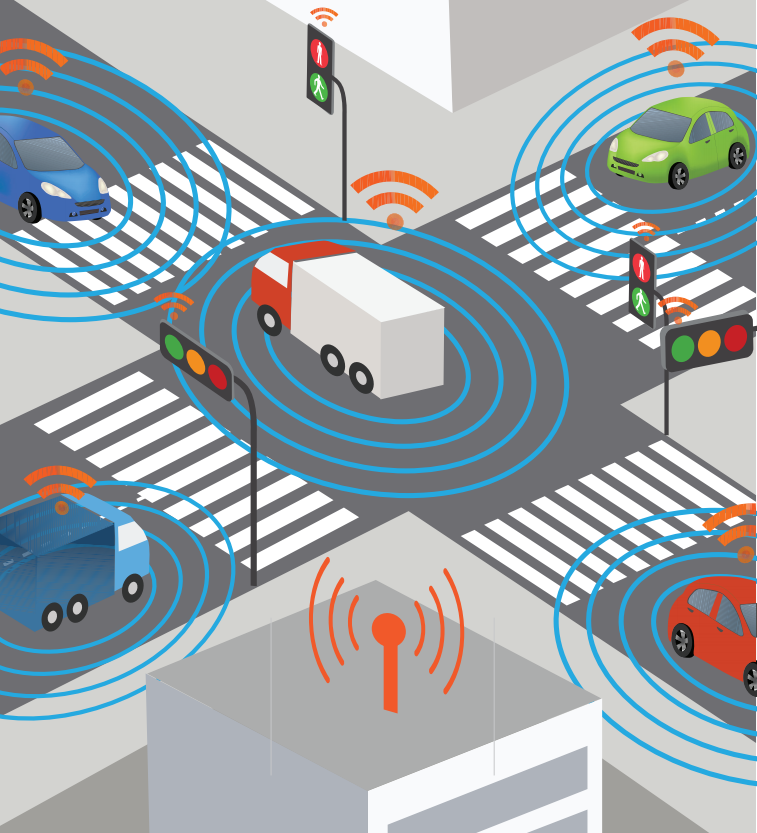 The notion of driverless cars is not a foreign or futuristic thought.

In practice, autonomous vehicles have been experimented with for many years, with a range of successes and failures.

Google’s self-driving cars have been in the public sphere for some time now, but this year the race for the first road-legal driverless car has accelerated at a rapid speed.

Announcements from Ford and Uber (in partnership with Volvo) have really shaken up the automotive industry.

In August, Ford announced plans to roll out autonomous vehicles by 2021. Just a week later, Uber announced its plan to trial-run its driverless ride-share service in Pittsburgh, USA, and not in 2021 but now.

Uber’s fleet of self-driving taxis greeted citizens of the US city on the morning of Tuesday 13th September. Initially, these taxis have engineers riding with passengers in case of emergency, but these ‘drivers’ will soon be phased out.

This marks a significant step forward in the move towards fully autonomous, road-legal vehicles.

The road to automation

Whether this is the beginning of the futuristic society so often portrayed in sci-fi films like I Robot remains open to debate. However, the reality is that fully autonomous vehicles will, in the next decade, become a presence on roads throughout the world.

Governments around the world are already planning for this eventuality, as Prasad Satyavolu, head of innovation, manufacturing and logistics at Cognizant, explained: ‘In the US, there has been a $4 billion investment in self-driving regulations to ensure consistency across states, while the UK government has initiated driverless car trials in Bristol, Coventry, Milton Keynes and Greenwich, with plans to extend these tests to motorways as early as 2017.’

It seems that the rapid progression of driverless car technologies has accelerated government plans for establishing industry regulation surrounding privacy and physical safety.

In addition to this, infrastructure changes must be considered to accommodate driverless cars on the road. This would take the form of smart roads.

Dheeraj Kohli, vice president and global head of travel and transportation at Unisys, discusses a Solar Roadways development in relation to this.

‘The roads themselves will need to become smart. Solar Roadways is developing a modular system of solar panels that can be walked and driven upon. Each panel has an embedded microprocessor, which makes it intelligent and able to communicate with other panels, a central control station and vehicles.’

The question surrounding driverless car technology, then, shouldn’t be when it will be available, but rather how safe and secure it is for public use.

‘Rather than waiting for the first attack to take place, we have to find and stop these vulnerabilities now, before the technology is integrated extensively into our cars,’ said David Emm, principal security researcher at Kaspersky Lab.

The more reliant connected vehicles become on a host of connected devices, the greater the risk posed from external cyber threats.

These threats pose concern in two areas: physical safety and invasion of privacy.

‘Given the rise in wireless communications between cars and manufacturers,’ said Paul Dignan, global technical account manager at F5 Networks, ‘the amount of data travelling throughout the supply chain is set to rocket.

Therefore, if hackers are able to infiltrate any of these potential access points, they would have access to all of this data, which could include personal and financial details.’

This is an inherent problem for driverless cars that will only increase as more devices become connected through the Internet of Things – Gartner estimates this to be over 20 billion by 2020.

Increased connectivity will aid the transition to a driverless world, but it will make it easier for hackers to invade private servers, extract sensitive information and even cause accidents.

The scope for security vulnerabilities could range from exploiting the telematics box – which records, stores and relays driver information – to the driverless car’s on-board radar
detection system.

The on-board radar is a significant part of what governs the autonomous aspect of driverless vehicles.

Elon Musk, CEO of Tesla, recently wrote in a blog post that these systems were the way forward for driverless cars: ‘After careful consideration, we now believe it can be used as a primary control sensor without requiring the camera to confirm visual image recognition.’

This year witnessed the first reported fatality caused by driverless driving. A Tesla driver was killed while using the autopilot software, because of a failing in the car’s sensor system technology.

It could not recognise a truck against the backdrop of a bright blue sky.

If these signals, or the signals from other driverless features like the on-board radar, could be intercepted, then the implications could be severe, even fatal.

Jonathan Hewett, chief marketing officer at Octo Telematics, told Information Age that hackers have little desire to target vehicles because there is no financial reward.

He may be right, but there is this acknowledgment in the industry that vehicles can be hacked but won’t. This is worrying.

‘Connected vehicles are, in effect, smart Internet of Things devices that can be targeted by hackers’, said Alon Kantor, VP of business development at Check Point.

This was demonstrated in 2015, when two hackers – in a controlled experiment – hijacked a Jeep Cherokee mid-drive, targeting the braking and transmission systems.

In response, Volkswagen started a new cyber security firm to prevent car hacking. Indeed, the driverless car industry is not static in its pursuit of effective safety measures.

Safety must be the top priority of the driverless car giants.

Similarly, Dignan revealed to Information Age that ‘some manufacturers, such as Tesla and more recently General Motors, have implemented “bug bounty” programmes, which can offer financial rewards for hackers who reveal flaws and bugs in company software code, although these schemes have not yet extended to flaw finding in the infrastructure of the actual vehicles’.

This, Dignan suggested, represents either a move in the right direction or a sign that car manufacturers are struggling to keep up.

Ultimately, the evidence suggested that, at the moment, driverless vehicles are vulnerable to attack and are neither safe nor secure.

However, this isn’t the only factor hindering the future of the connected car industry.

Car manufacturers must make absolutely clear what the situation is: can they protect driverless cars from external cyber threats or can’t they?

Until then, an intrinsic level of public distrust will surround driverless technology.

The public is already sceptical of driverless vehicles, and their safety and security capabilities.

There is a very real human fear of not being in control that drives this – it is instinctive, data is not comforting.

The technology also represents ‘a fundamental shift in the role of the car, which has for decades represented freedom and excitement for people,’ said Andrew Grant, vice president automotive at MaritzCX.

The stats don’t lie, but the problem is that it is a robot causing the fatality in driverless scenarios.

This raises all kinds of ethical questions. A general attitude shift – like in businesses undergoing a digital transformation – is required before the public totally accepts driverless vehicles.

Over 50% of the new car owning public say they are very concerned by the safety and security of autonomous vehicles.

It is very much a scenario, to coin the phrase, of time revealing all. ‘As autonomous vehicles become more widely available, the benefits of time and trust in the system will need to mature in order to deliver the benefits.

It may be that the mainstreaming of semi-autonomous driving aids helps to grow acceptance of the technologies,’ says Grant.

A society driven by taxis

Consumer habits indicate that the future of the driverless car industry may transition towards a ride-share service, similar to Uber’s business model.

A future scenario where car ownership is limited, or eradicated, is not an unfathomable notion when environmental strains and extreme regulatory complexity are considered.

Singapore has pioneered this initiative, and the smart nation launched the first self-driving taxi service, beating Uber, earlier this year.

NuTonomy, an autonomous vehicle software startup, released these cars with the aim of having a fully self-driving taxi fleet in Singapore by 2018.

The strong connective nature of Singapore means that a driverless initiative is more likely to succeed, with minimal accidents. Dale Green, marketing director at Digital Realty, says it will be interesting to see how the city’s connectivity foundations cope with the vast amounts of data that the self-driving taxis will generate.

The point is that Singapore has this capability to monitor the data from smart devices integrated within transport and wireless infrastructure throughout the city state.

Should public perception of driverless technology change and become sought after, then it may fall at the first hurdle, according to Green, as less connected countries, like the UK, face serious issues with Wi-Fi and patchy connectivity.