Skip to content
Home » Tech Leaders » Is the future of infrastructure converged?

Is the future of infrastructure converged? 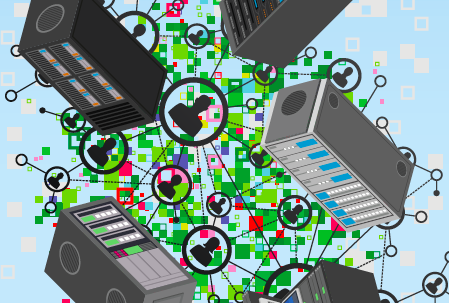 As the set-up is preconfigured, it can be deployed off the shelf into the data centre, bypassing implementation issues around incompatibility.

The main selling point with this approach to IT infrastructure is the fact that components work together seamlessly to make data management more efficient.

Such solutions also ensure that resources are used more effectively than in a traditional infrastructure, which deploys individual silos.

>See also: The counterintuitive CIO: the more advanced the business, the simpler the IT

‘Through data deduplication and erasure coding, loads are evenly balanced across resources, reducing issues around redundancy,’ says Tarkan Maner, CEO of Nexenta. ‘They offer increased flexibility and scalability, enabling them to cope with the wildly fluctuating data demands that have become the norm with big data and other data-heavy deployments.’

Ideally, greater efficiencies should be a result of economies of scale. A true converged infrastructure will be able to consume those inefficient and underused resources that have historically existed in traditional infrastructures.

‘Such infrastructures have normally been deliberately oversized because the possibility of demand increases for short- or long-term periods is not so easy to manage and orchestrate outside a converged deployment,’ says Paul Griffiths, technical director of Riverbed’s Advanced Technology Group.

In the past, IT teams bought best-ofbreed data centre products from a variety of vendors, and it was often largely a process of consulting reference architectures to ensure that these products could be integrated to create a personalised solution.

Now, however, businesses are increasingly moving towards the purchase of complete converged solutions bought from one vendor.

‘These solutions are quicker to provision and easier to manage,’ says Steve Lewis, CTO UK and Ireland at Hitachi Data Systems, ‘leaving the IT teams with more time to concentrate on what’s important: innovation to support the business’s bottom line.’

Converged infrastructure, therefore, is a pre-configured hardware component in a single chassis with the goal of minimising compatibility issues and simplifying management.

Compared with traditional hardware, converged infrastructure is designed using a building block principle that can be scaled horizontally, while each component in the rack can still be managed individually.

But with organisations restricted to one vendor for all of their infrastructure needs, there is a danger that they may not receive some benefits they’d get from selecting each data centre component individually.

As converged infrastructure set-ups are provided by a single company, a range of things can impact the quality of the components. Even large and established vendors, which have knowledge of multiple technologies, are extremely unlikely to be able to provide a full spectrum of best-ofbreed technology.

‘Users will soon discover limitations around performance, flexibility and scale and, without being able to upgrade individual components, completely new converged infrastructure solutions will have to be purchased in order to support more data-heavy workloads,’ says Maner.

And while vendors claim that converged infrastructure saves costs, CIOs face the challenge of measuring return on investment and proving to management that the hefty capex will deliver the desired results.

Indeed, it’s not easy to prove return on investment in many data centre deployments, but converged infrastructure is especially difficult because it is so wide reaching.

The savvy CIO will have ensured that they have a good grasp of their current infrastructure to the extent that they know where the costs are consumed and the overheads exist.

‘It is vitally important to have the visibility and management reporting tools in place right now,’ says Griffiths, ‘not only to show what is there today, but also to help plan migration to converged infrastructure so that, once it is deployed, CIOs maintain that all-important visibility and control.’

With more and more businesses adopting cloud platforms and businesses facing pressure to get ahead of the digital curve, it is vital that companies think innovatively to remain competitive, meet the demands of their customers, and prepare for the increasing amounts of data flowing through their networks.

Fuelled by a need for greater efficiency and streamlined costs, converged infrastructure is providing businesses with the flexibility and scalability to grow and optimise their IT systems to support new services.

However, in order for businesses to truly see the benefits of converged infrastructure, a stable and reliable network is crucial.

‘By investing in the network and creating a strong connectivity foundation, businesses will be able to reap the benefits and provide services that will deliver innovation, creativity and dynamism, now and into the future,’ says Duncan Gooding, director of enterprise at TalkTalk Business.

Some of the concepts and benefits – for example, agility, scalability and availability – are there in the cloud. And in some cases, organisations that have been using the cloud as a development area find that it becomes a natural driver towards migrating their onpremise data centre operations across to converged infrastructure.

The best place for organisations to get a foothold into converged infrastructure is to perform the exercise at the branch office. It’s smaller from a project management point of view, less disruptive and cheaper to implement, but the benefits can be clearly monitored and understood.

Performing such an exercise in the branch may not seem worthwhile, but then it’s easier to complete the next one and each one thereafter.

‘It’s a great way to climb aboard the bandwagon,’ says Griffiths. ‘Benefits from a single branch may not seem that much on paper, but multiply those branches by ten, a hundred or a thousand, and organisations will surely reap the rewards.’

This commodity infrastructure system, with a software-centric architecture that abstracts computing, networking and storage resources from the physical hardware using virtualisation software, is often touted as the next generation of data centre.

The data centre is facing its biggest paradigm shift ever. The infrastructure supporting many organisations today is insufficient to handle the vast data that will be generated in the coming years.

‘Hyper-converged infrastructure allows the integrated technologies to be managed as a single system through a common toolset,’ says Gunnar Menzel, VP and chief architect at Capgemini Infrastructure Services.

However, the reality is that while server virtualisation is mature to the point of being ‘last century’, software-defined networking continues to struggle.

‘Vendor offerings in this space are usually not easy to deploy and very much proprietary, causing “lock-in” concerns for the CIO that wants to try and take advantage of the perceived benefits,’ says Griffiths. ‘Because of the complexity, it also requires IT staff with a new or updated skill set.’

Driven by a growing collective of dedicated developers and resources, innovation far outpaces that of proprietary solutions. And as softwaredefined technologies are hardwareagnostic, users are able to cherry-pick best-of-breed components that can be individually upgraded.

‘When the continued commoditisation of technology – such as Flash – is considered, users are now able to construct infrastructure set-ups that can manage even more demanding workloads,’ says Maner.

By decoupling the hardware layer and delivering IT as a service, organisations can benefit from technologies like virtualisation, automation and cloud computing.

But a redefined data centre means transforming the role of IT – something that many are unprepared for. CIOs must be sure to consider how the next phase of data centre evolution will affect the people and process of the IT organisation, as well as the technology itself.