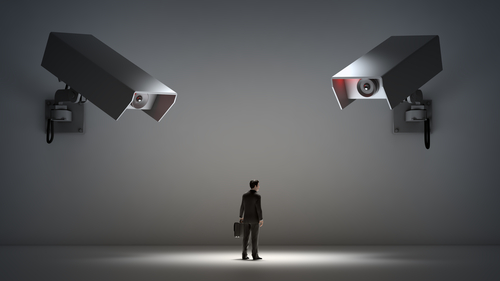 Addressing the Hackers on Planet Earth (HOPE) conference over the weekend, Edward Snowden entreated hackers, engineers and activists to fight surveillance by building a new generation of privacy tools for everyone to use.

In fact, privacy startups are already hard at work building tools to help web users protect their privacy in areas such as analytics, encryption and search.

However, there is still much work to do to put these tools into the hands of the ordinary web user.

>See also: The big debate: do we need a privacy charter for the internet?

Since the NSA revelations last year, this task has continued to grow in significance as more and more privacy scares have grabbed the attention of the general public.

Earlier this month, for example, an employee of Germany’s intelligence service was arrested on suspicion of spying for the US.

However, it’s not just the NSA that is the guilty party. Corporations such as Google and Facebook are also building treasure troves of personal information to share with others, often without user consent.

Emerging technology startups from around the world have responded to privacy concerns by building user-friendly products in three key areas: analytics, encryption and search.

It’s more often than not a David versus Goliath scenario, with many of the startups taking up the challenge of competing against Google. Despite the nature of this challenge, market demand for privacy-friendly products has proven strong, so the hackers and entrepreneurs remain undeterred.

Google Analytics is the most popular tool for companies and governments that want to analyse traffic on their website. While popular, it doesn’t put users in control of their data.

Because more than 60% of all websites on the internet use Google Analytics, Google Adsense or another Google product using tracking beacons – “only 36.5% of the web is Google-free” – Google is able to build a very accurate picture of most websites and their users.

There is a competitive threat at stake here too: allowing Google to use user data to improve their other products enables it to collect data to build custom audiences that it sells via AdWords to the user’s competitors.

Using Google Analytics therefore means running a risk of losing control of your data. In light of this, governments, companies and individuals are using alternatives such as Piwik, which puts users in control of their data and never shares data with other servers.

In another case of David versus Goliath, DuckDuckGo is giving Google a run for its money in online search. The search engine doesn’t collect IP addresses or track your searches. It exploded in popularity in 2013 following the revelations about NSA mass surveillance.

Innovation in privacy-friendly tools is not, however, just limited to analytics and search.

Startups are building tools to make it easier for web users to encrypt communications and files.

GPG tools, for example, are growing in popularity as web-users download plugins, such as GPG for Mail, to encrypt Apple Mail and GPG Keychain to manage OpenPGP Keys.

Beyond web tools and software, hardware is also becoming more privacy-friendly: Silent Circle teamed up with Geeksphone to design and build the Blackphone, an Android phone boasting an array of sophisticated features for private communications, browsing and cloud storage

For the ordinary web user, keeping up with the variety of new privacy tools is a daunting task. The community has recognised this, however, and has built PRISM break, an online resource available in 26 languages which provides details on alternative web tools and software for people who wish to opt out of global data surveillance programmes like PRISM, XKeyscore and Tempora.

The tools listed on PRISM Break and startups outlined in this article are the building blocks of the free and open internet.

Campaigning to raise public awareness of these tools, make them easier to use for the general public and highlight the dangers of mass surveillance will ensure the internet is not twisted into something it was never meant to be.