IBM, Cisco and the business of smart cities 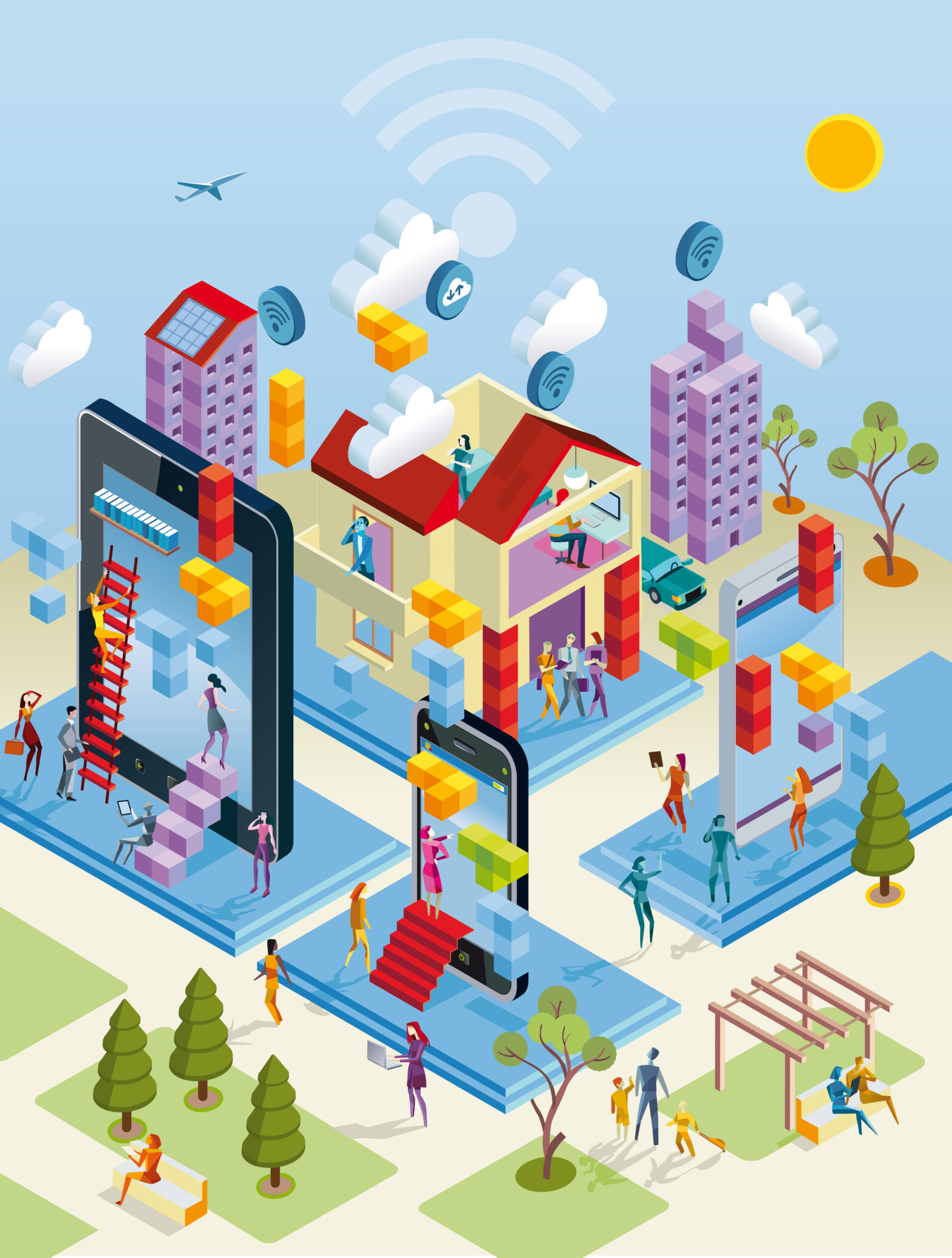 There is a much-derided and apocryphal story that former US vice president Al Gore once claimed to have invented the Internet. In fact, he simply said that he had promoted the development of the technology in Congress – a claim that has been corroborated by the Internet’s actual inventors, Vint Cerf and Bob Kahn.

Future historians may look back at Gore’s former running mate Bill Clinton and credit him with a similar role in developing so-called smart city technology – the use of networks, sensors and analytics to make cities more efficient, productive and habitable.

Back in 2005, through his philanthropic organisation the Clinton Foundation, the former US president challenged network equipment maker Cisco to use its technical know-how to make cities more sustainable.

As a result, Cisco dedicated $25 million over five years to research the topic, spawning what it called the Connected Urban Development programme. This involved working with the cities of San Francisco, Amsterdam and Seoul on pilot projects to prove the technology’s potential. In 2010, when Cisco’s pledge to the Clinton Foundation expired, it launched its Smart and Connected Communities division in order to commercialise the products and services that it had developed during the programme.

“By June 2010, we had decided to bring the lessons we learned during the Connected Urban Development experiment to other cities around the world,” explains Gordon Feller, Cisco’s director of urban innovations.

Meanwhile, IT giant IBM was hatching similar plans. In 2008, it launched its Smarter Planet initiative, a broad programme to investigate the application of “instrumentation, interconnectedness and intelligence” (i.e. sensors, networks and analytics) to some of the world’s most pressing issues. The following year, IBM’s Smarter Cities programme focused on using that combination of technologies in an urban setting.

A few years into their respective smart city strategies, IBM and Cisco each have a number of projects under their belts that demonstrate both the range of problems that can be addressed with the “three I’s” and the scale of the economic opportunity on offer.

IBM’s pioneer project was in the Brazilian capital of Rio, where it set up an experimental emergency response centre. This allows the authorities to view information collected by the various city services such as the police, traffic management and energy utilities, plus new data from a specially designed sensor network, and take rapid decisions as a result.

“One issue they have in Rio is landslides, which are caused by sudden rainfall in a certain area,” explains Rashik Parmar, president of IBM’s Academy of Technology. “Using data from some of the new weather sensors we installed, they are now able to predict where there is a high risk of landslide 24 hours in advance. And because all the emergency services are represented in the response centre, they can plan their response much faster.”

The Integrated Operations Centre software that IBM developed for the Rio project is now a commercially available product.

How Cisco plans to spend $500m in London – The network equipment vendor hopes to fund entrepreneurs whose ideas can make the capital smarter and more connected. But on what condition?

Closer to home, another project saw IBM analyse fuel poverty in Glasgow. By analysing heat dissipation in and around housing estates, it found that exhaust heat from nearby industrial facilities could be redirected in order to warm people’s homes.

IBM’s smart city strategy is underpinned by its recent focus on information management and analytics. Through acquisition and internal R&D, the company has armed itself with analytical algorithms and data processing technologies that are essential for making sense of seas of sensor data, Parmar says.

Cisco’s smart city projects so far range from brownfield projects – such as a partnership with the Metropolitan Transit Authority in New York to improve rail and station monitoring – to greenfield sites such as Songdo, an entirely new, sustainable city being built on reclaimed marshland in South Korea.

According to Feller, much of the technological work involved in Cisco’s smart city projects is focused on older cities. Unlike the world of business communications where the Internet protocol has become standard, the telecommunications networks that underpin cities are typically based on incompatible legacy protocols.

Whether it’s a matter of integrating networks owned by multiple authorities or persuading numerous stakeholders to share their data, smart city projects are wholly reliant on collaboration.

This is true of IBM’s and Cisco’s commercial strategies. Both companies will typically partner with engineering firms, telecommunications operators or facilities management companies – and in some cases each other – to deliver a complete service.

“We always take an ecosystem approach,” explains Cisco’s Feller. “In some cases, there might be just a few partners. In the case of Songdo, our partners include the local economic development agency, the national government, the local steel giant and an urban developer.”

IBM’s Parmar says that engineering companies are increasingly aware of the benefits of including ‘smart’ technology in their urban development projects. “They are realising that there is competitive advantage in taking some of the Smarter City ideas and presenting them in their own way,” he says. “But when it comes to figuring out where the intersection of IT and engineering lies, they typically do not have the skills.”

Managing the complexity of supplier- side partnerships is as nothing compared with the political machinations of city management, however. Both Parmar and Feller identify winning political backing as one of the critical challenges facing smart city projects.

Feller says this can be especially difficult in the developed, democratic nations. “Compared with the cities in China – where you have strong mayors who can respond to an opportunity as it arises – in the US and Europe we have these fragmented, collaborative systems of power that are frankly more time-consuming.

“However, we also find that this kind of political process often leads to a higher quality of commitment from the all the parties, and therefore higher-quality projects,” he adds.

Parmar remarks that what appears to be a centralised approach to city leadership in the Far East does not always work as effectively as one might expect. “Just because everyone in the meeting is nodding their head, it doesn’t necessarily mean they will do anything,” he says.

Nevertheless, strong leadership is a must, he adds. “We’ve found that you need to have a city leader who has the personal ability to inspire, motivate and drive decision-making.”

Another challenge, albeit one that both companies profess to have under control, is privacy. By wiring up the city with sensors and sophisticated analytics, technology companies are in danger of creating an unprecedented apparatus of surveillance, both legitimate and criminal.

“Privacy issues are called out very early in our Smarter Cities engagements,” says Parmar. “The last thing we want after a huge project is for the newspapers to splash with ‘IBM shares personal data’. Reputation is key in this space, so we’re very cautious.”

Cisco, meanwhile, points to its engagements with enterprise and defence clients as proof that it can handle sensitive data appropriately.

“We have always been focused on finding ways to tap the power of the network without violating the anonymity of the end-user or mingling data streams that need to be kept separate,” says Fuller. “It’s hard work, but it’s something we are absolutely dedicated to.”

Neither Cisco nor IBM break out their smart city revenue or income figures, but whether or not their projects have turned a profit yet is immaterial – they are clearly playing a long game.

Both companies are bidding to embed IT infrastructure in the environment in which 50% of the world’s population now lives. The technology foundations they lay today may well impact city living for decades to come.

Related: When will smart homes and cities happen?