The importance of net neutrality for the connected car 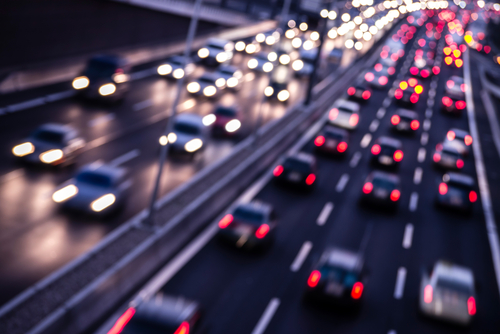 Net neutrality is the principle that internet service providers (ISPs) should treat all data on the internet equally. They should not discriminate or charge differently by user, content, site, platform, or application.

It presents an interesting argument, especially as more objects become connected to the internet, such as cars, also known as The Internet of Cars. With this is mind, it’s important to look at the implications of what the connected car would look like without net-neutrality.

The internet has grown immensely with 36 million adults in the UK accessing it every day – and this couldn’t have happened without net-neutrality.

For example, small companies’ websites are on a level with larger organisations websites. Without net neutrality, large companies could have the option to pay to make their data packets move faster than smaller companies across the same network.

Instead of investing in larger faster networks, the ISP could maintain profits by limiting certain data packets and prioritising others for a fee. The reality is that net-neutrality keeps the internet a safe place to roam.

As the internet progresses, people are becoming more familiar with net-neutrality, however they tend to associate it with Netflix and media consumption as this is what is reported in the news. Net-neutrality is actually much bigger than that now – especially in the realms of the Internet of Cars.

Imagine your car is completely connected to the internet. It can offer different routes based on traffic jams, notify you on speeding, give you a hand with your parking and connect with your smartphone to play the kind of music you like and provide accurate voice recognition. While all of this sounds great, it could all be compromised if we ignore net-neutrality.

Taking the possibilities to the extreme end of the spectrum, imagine if there was a two-tiered internet where ISPs charge for basic access and then charge the content providers extra to ensure delivery of their content. Does this mean that anyone on the basic tier could have issues with their content being delivered?

Further to this, if the connected car did not have the super-fast access, or that the company had not paid for the high tier of service, could we there be issues when the car could not communicate its location or receive special instructions?

What about an ambulance on its way to the emergency department with a critical patient on board? It is not unreasonable to assume or to think that the patient’s vital signs are being fed in real time to the hospital. What if this provider did not have the special faster tier? Would the speed of delivery of this critical information be hampered?

>See also: Device security must be at the heart of Internet of Things development

Although these are extreme cases, these scenarios show net-neutrality is integral when thinking about the connected car.

Just as we have freedom of speech and equality in our day-to-day lives, it’s only natural that, as we enter a more digitally centric world, the same practices occur.

As internet and connectivity continue to play a huge part in our lives, we need to make sure that net-neutrality also continues to play a part.