The new face of healthcare data centres has landed 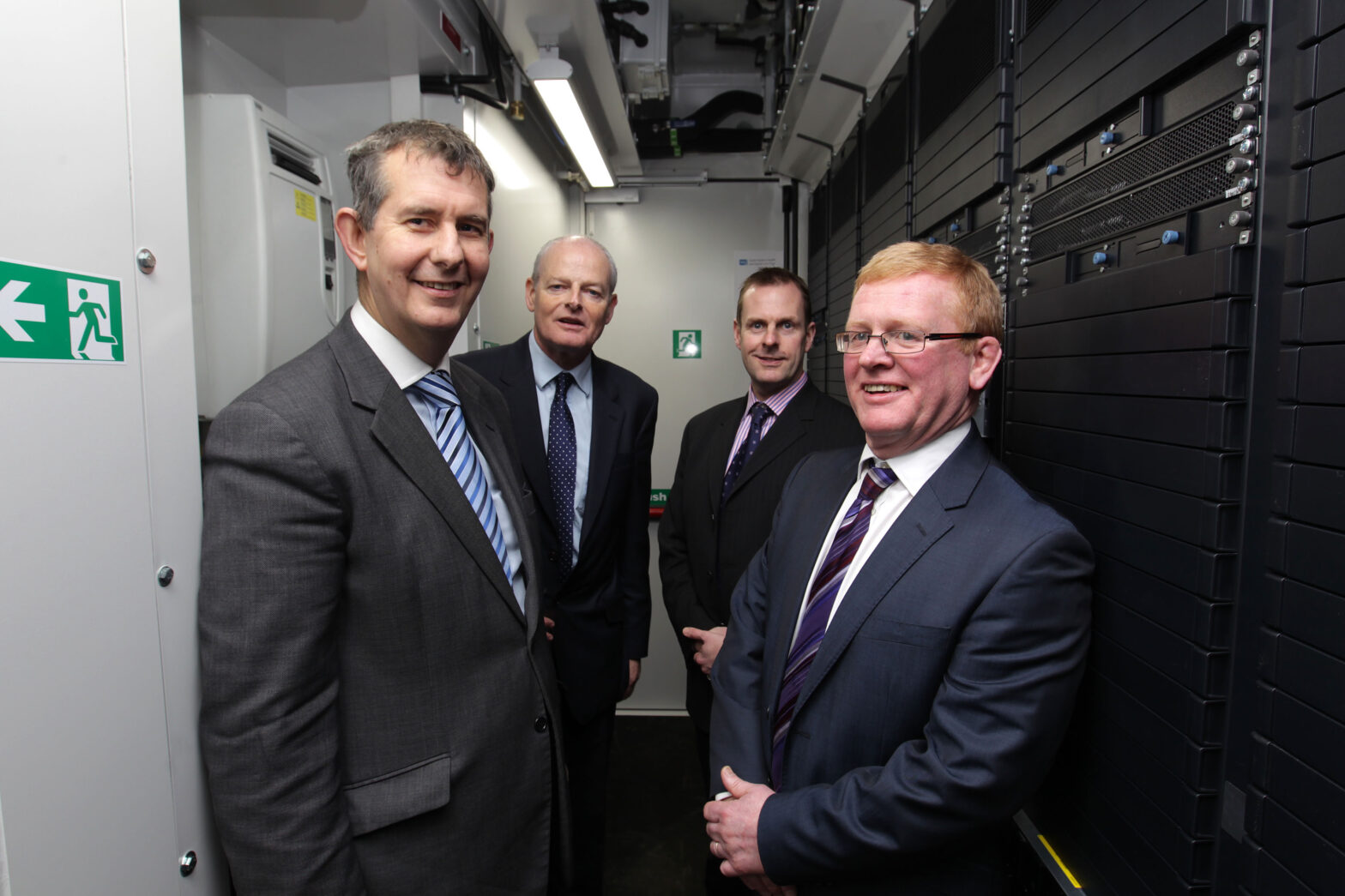 In January, industry analysts from across the UK gathered at the Ulster Hospital in Belfast for the official opening of two new containerised HP Performance-Optimised Data Centres (PODs) for the South Eastern Health and Social Care Trust (SEHSCT) – the first deployment of its kind on the island of Ireland.

The two 20-foot modular containers, promised to deliver the equivalent of a 2,000-square-foot bricks-and-mortar data centre, were declared operational in a ribbon-cutting ceremony by Northern Irish health minister Edwin Poots, marking a significant step in both the SEHSCT’s modernisation of its IT infrastructure and HP’s continuing drive to deliver inventive solutions in the healthcare space.

In a setup that is unique in the UK, the SEHSCT is one of four organisations in Northern Ireland that combines hospital services and community health and social services under one banner, serving a population of around 440,000.

Over 12,000 staff carry out a whole range of services, including inpatient and outpatient services, older people’s services, mental health services, disability services, foster and residential care, and the full range of health services across four major hospitals and 120 facilities.

In 2011, the Trust began a major programme of change to the provision of health and social care, with maximising the use of technology at the core of its objectives.

As Roisin Coulter, director of planning, performance and informatics at the Trust, explains, ‘As part of the five-year programme, our key aims are to ensure that we put the patient at the heart of everything we do, and that means the transition of care to where it’s needed most – out of the big institutions and as close to the patient’s home as possible. Feedback from patients has been very clear on wanting this, and we’re working to plan our resources and services around their needs.’

Under the programme, Ulster Hospital has received £232 million for the development of its site and buildings, with around £8 million of that allocated to its IT infrastructure.

The idea behind introducing the POD solution is that it will be agile enough and reliable enough to deliver a private cloud solution for the SEHSCT’s staff out in the field to access the organisation’s health services systems, including electronic care records, medical imaging, diagnostic systems and communication systems, from anywhere, anytime and from any device.

The team has been using virtualisation for years, but it is hoped that the space-saving new HP solution will allow them to deliver a VDI (Virtual Desktop Infrastructure) to facilitate BYOD for all 12,000 staff, expanding on its current pilot project of 150 users. The plan is to migrate the whole environment to the PODs.

Previously, server racks containing the SEHSCT’s single virtual data centre, which comprised 250 virtual machines and 25 physical ones, were crammed in an awkward space under a set of stairs, where they were hard to cool and maintain and allowed for no expansion.

‘Demand for IT services in the healthcare sector has grown exponentially in the past few years, but the simple fact is that hospitals are not designed to house data centres,’ says Stephen Stewart, assistant director of technology and Telecommunications at the SEHSCT.

Stewart had originally planned the provision of two 140-square-metre data centres in the basements of two newly rebuilt ward blocks. However, this was oversized for what was required, took up crucial space needed for clinical use, and would have cost around £2,200 per square metre to install over at least five years.

‘We began speaking to HP about the POD solution in October 2011, and then we made the decision and began going through the specification stage in March 2012, working with HP solution architects to assess our current services and the vision for the next five years,’ says Stewart.

‘The whole spec phase took just three months. We placed our order for the PODs in September 2012, and they were delivered in January 2013 and placed on site in October, so way ahead of schedule. The only challenge we had was deciding where to put the containers and getting those sites prepared, but with such a small footprint the space wasn’t an issue.’

The boxes arrived fully pre-cabled and were installed in two open-air fenced areas, about 800 metres apart at opposite ends of the site. Each box comes with a ten-foot-square water-cooling container that uses a heat exchanger to recycle the outside air, with a backup air conditioning unit for hot days.

It’s expected that through the chilled water-cooling system the team will achieve a maximum PUE (power usage effectiveness) of 1.2, whereas the original facilities had a PUE in excess of 2.0, relying on expensive refrigeration systems to cool the large space.

>See also: Going paperless: the clash between IT staff and NHS Trust heads

An end to data leaks

Through the delivery of a secure VDI strategy, the Trust will achieve significant cost savings by enabling staff to access information around the clock on any device.

But the greatest advantage is that VDI keeps sensitive patient data inside the data centre, without information being copied to a laptop, eliminating the need for print-outs and potential data leaks.

The SEHSCT has also been able to eradicate passwords, instead opting for a single sign-on method, which is a lot more secure and improves ease of management.

‘With the PODs we have a fit-for-purpose infrastructure, and one with a lot of room to build on,’ says Stewart. ‘We now have the ability to build the services we want to build, and we have a really stable platform that gives me the potential to exploit all the good ideas that we’ve got.’

On the day of installation, the racks inside the PODs were left only 38% populated, leaving plenty of room to scale outwards within the one- to ten-year expansion time frame in HP’s contract and allowing the Trust to be more responsive to future IT needs across the organisation.

As Peter Ryan, managing director at HP EMEA and senior vice president of HP Enterprise Group, explains, ‘As a company we’re very focused on how tech can make a difference to what we do in society. With the consumerisation of IT, there is no patience any more for people saying, “Wait two years and I will deliver the application you asked for.”

‘So our big drive is aimed at allowing the flexibility to drastically shrink development windows, to deliver the services faster and take the bureaucracy and cycle time out for people who just want to do their job more effectively.’