Skip to content
Home » Cyber Attack » Saudi SoftBank relationship and the Tesla miracle, are techs set to boom or crash?

Saudi SoftBank relationship and the Tesla miracle, are techs set to boom or crash? 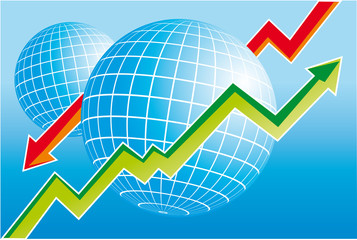 Human nature is a funny thing, and often has little to do with rational decision making. In 2008, the global economy descended into crisis, for a while it felt as if capitalism itself was tottering. The Queen of England famously asked: “Why didn’t anyone see it coming?” Actually, many did. But as a whole, economists and politicians who warned of a major crisis in the making, fell under the media radar or were dismissed as doomsayers.

Yet, even among these ‘Cassandras’, few anticipated the full extent of the crisis to follow. There may be a good reason for this. A new book, Crisis of Beliefs: Investor Psychology and Financial Fragility, by the economists Nicola Gennaioli and Andrei Shleifer, argues that one of the reasons why the 2008 crisis was so severe is that people changed. It seems that human psychology may at least partially explain the crash of 2008, investors beliefs on the level of debt or leverage that was sustainable, for example, changed.

And that’s the tricky thing about predicting stock markets. Human nature, especially when it is aggregated and subjected to forces such as group think, is notoriously difficult to understand, let alone predict.

But, we have been here before. In the year 2000 dotcoms crashed. In the late 1990s tech stocks were subject to enormous hype. There was a joke going around that if you took a $10 note and wrote dotcom on the back, you could get $20s for it. It was an exaggeration of reality, but there was a grain of truth in it. The public saw the internet as a kind of unstoppable beast, no one quite understood it, but cultural references to dotcom millionaires were everywhere, few questioned whether the beast was real. Investors were similarly afflicted, backing tech companies even if they didn’t quite understand what they were putting either their or their client’s money into.

After the dotcom crash, it was as if the human psychology pendulum had swung the other way. Dotcom became a dirty word; the internet was seen as a foolish craze — a fad, that offered very little commercial opportunity. It seems that too many businesses had secured backing when there was only the vaguest notion of how they could generate income. Post-crash, actual profit was all that seemed to matter for most investors, the prospect of profit held little allure.

Between December 1999 and December 2001 shares in Amazon fell from a peak of around $107 to little more than $6. It was a similar story for the Apple share price.

Shares have been tumbling, and the sell-off began with techs. Now the falls are more widespread. Is this the start of something more serious? Read here

Quite simply, attitudes changed. Psychologists who study group behaviour are familiar with a concept called group polarisation. Groups tend to exaggerate the average beliefs of a group. A group of mild risk takers can become reckless gamblers when they interact in a group. A group of mildly risk averse individuals can be terrified of making any kind of decision at all.  Between the late 1990s and early noughties the group that constituted investors, went from a near insane level of risk taking in tech to one that saw tech as being synonymous with dreaming.

There are three other interesting points about the dotcom crash. Point number one: the investment craze largely consisted of equity investment — there was very little leverage. As a result, when the crash occurred the economic fallout was largely contained. This was quite different from the leveraged boom that crashed in 2008. Point number two: the fallout from the crash created opportunity. For example, a small tech company called Google was able to build a network of servers by purchasing highly discounted computer assets. Even programming talent had become bountiful and cheap. Point number three is simply that investors who were able to rise above the forces of group think made a killing.

Is 2018 seeing a perfect storm in techs, or is it more like a storm in a teacup?

Now forward wind to today. The Saudi SoftBank relationship has helped boost stocks and shares have enjoyed an extraordinary ride. Although some have seen profits rise correspondingly fast too, Apple being an obvious example, some stocks have a valuation to profits that is off the charts — Amazon, Netflix and Tesla for example.

Combine this with a global economy that is being propped up by extraordinary debt, a stock market that has been breaking new records with such regularity that it feels ever so slightly like a bubble inflated with toxic vapour, at a time of rising protectionism and the possible rise in the ‘F’ word in politics —that’s F for fascism— then one could say that things feel a tad risky.

Then, to cap it all, Saudi Arabia, and its Crown Prince, Mohammad bin Salman, have fallen foul of international opinion, after Jamal Khashoggi got himself in a fist fight in the Saudi embassy in Istanbul and then accidentally fell on chainsaw or something equally nasty that one sees so often in embassies!

The week in tech: Information Age’s latest weekly digest of some of the main stories in tech this week. Read here

Saudi’s approach to human rights has been questionable to put it mildly, but Saudi oil is somewhat important to the global economy. The price of oil has doubled over the last couple of years hitting $80 or so a barrel; without Saudi, or if Saudi was relegated to the class of country that is on the receiving end of sanctions, the oil price could conceivably double again, which could be enough to tip the global economy into recession.

Saudi has already pulled its investment into Virgin Hyperloop One, although considering Sir Richard Branson, the founder of Virgin, has been very vocal in his criticism of Saudi and pulled out of the so called Davos in the Desert, which the Crown Prince has set so much store in, this is hardly surprising.

More significant is the Saudi relationship with SoftBank’s Vision fund. SoftBank is probably the world’s biggest investor in tech, not just its $100 million Vision Fund, but it owns Arm, has $145 million stake in Alibaba, plus a number of eye wateringly large investments.

But SoftBank, just like investments in the US and European housing markets pre-2008, is also highly leveraged, with around $143 billion debt on its books.

But at least the Vision Fund has a $45 billion investment from Saudi Arabia. On the strength of this investment, SoftBank founder Masayoshi Son, was able to attract funding from the likes of Apple, Abu Dhabi’s Mubadala’s fund and Qualcomm.

Not that the Saudi investment solved SoftBank’s leverage problem —  of the $45 billion investment, $28 billion was in the form of debt.

For its part, the Vision Fund has invested in Paytm, the Indian digital payments firm, Sprint, Yahoo Japan, WeWork, Alibaba, Uber, and Didi Chuxing, a kind of Chinese Uber, and a host of tech firms around the world.

In short, SoftBank is a major investor in the so called fourth industrial revolution and its money, a high proportion of which it has raised as debt, has done much to inflate tech valuations.

It’s plans to launch a second Vision Fund, however, may have been scuppered, especially as the SoftBank link with Saudi could become toxic, at least in the minds of Silicon Valley investors.

If this proves right, then markets may lose one of the main forces helping to  drive up valuations.

In 2008, we found out that falling house prices could expose a leveraged financial system creating chaos. It is hard to say for sure what impact a continuation of falling tech stock prices might have — Amazon shares, for example, are already down around 13% since the end of September, other techs have seen sharper falls than that. If the falls turn into a rout, investor sentiment may change, psychology may lead to a different way of looking at tech, just as Nicola Gennaioli and Andrei Shleifer say that investor psychology changed in 2008.

Tesla and blockchain — the psychological markers

But the Saudi SoftBank related danger is just part of the story.

Investor sentiment could also be changed by other factors.

Take blockchain. Of all the economists who can lay claim to having forecast the 2008 crash, no one has a better case than Nouriel Roubini — economics professor from the New York Universities’ Stern Business School, who gave detailed warnings about the build-up of debt before 2008. He has now become an arch, highly vocal critique of blockchain, claiming it is a massive bubble.  If he is eventually proven right, this could hit market psychology hard, creating massive tech cynicism, akin to what we saw after the dotcom crash.

Blockchain and privacy; we should own our data, maybe a distributed ledger could provide the answer, as companies ask permission to access it. Read here

Another key driver of sentiment could be Tesla. In many ways Tesla symbolises much of the hope/hype invested in tech.

With a market valuation of $44 billion, it is worth more than Ford (market cap $33 billion) and roughly the same as GM.

Cynics say that this proves how ‘ridiculously’ over-priced tech stocks are. Supporters say that Tesla knowhow in AI and battery technology gives it a huge advantage over other car companies.

This debate may boil down to what happens next at Tesla. What we can say is that in the third quarter of 2018, Tesla delivered over 80,000 vehicles. This is roughly three times greater than in Q3 in 2017 and eight more than the level in Q3 2015.

If this new level of production proves sustainable, or better still the growth trajectory continues, and Tesla can show it can make this volume of cars at a profit, tech advocates might be able to say: “Told you so.”

If the Q3 production was achieved at a massive cost, creating a thumping great loss for Tesla, then the cynics may claim they have won the row.

Tesla and Google named most investable brands in the driverless market

Human nature is a funny thing, at the moment, group think seems to have concluded that tech is on a one way ride to changing the world. In the longer term, it probably will. But whether we see a dotcom crash style hiccup between now and then, may depend on what happens next with Saudi SoftBank, blockchain and the profit and loss at Tesla.