Social commerce has a bright future – but not on social media 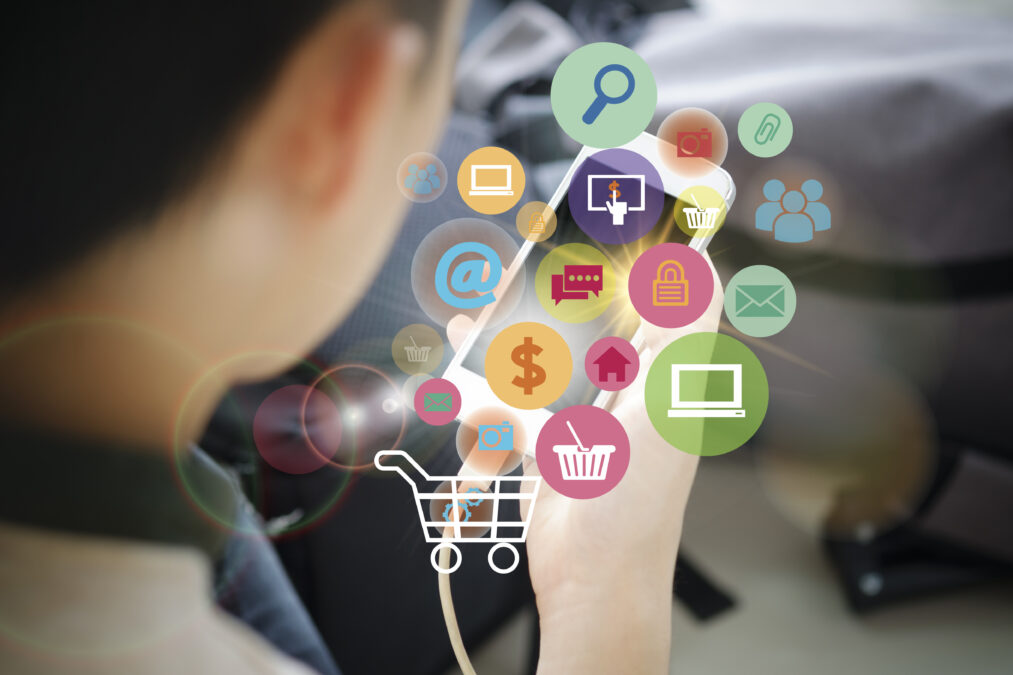 Alexander Graf, co-founder and co-CEO of Spryker and co-author of The E-Commerce Book, discusses why the fortunes of social commerce lie outside of social media

Social commerce, or livestream shopping, is forecast to transform social media into one big shopping channel. The whole buying experience, from initial product discovery to check-out, will take place on social media, with the consumer never stepping out of the app.

A lot of serious players agree this will happen. TikTok has launched its shopping facility in the UK, stating: “E-commerce is a big opportunity for TikTok, and it’s something we’re investing in significantly. We think it’s a really significant moment.” It also stated that its internal data shows that one in four TikTokers either research a product or make a purchase after watching a video mentioning a product.

More consumers are shopping on social media platforms like Facebook, which could end up benefiting smaller brands. Accenture predicts social commerce will be worth $1.2 trillion by 2025, growing three times faster than traditional e-commerce. It also claims that by 2025, Gen Z will be the second largest set of social commerce users (29% of all expenditure), followed by Gen X, which will account for 28% and Baby Boomers only 10%. As a result, social will comprise no less than 17% of all e-commerce sales by then, too.

Genefa Murphy, CMO of Five9, discusses what customer service lessons can be learned from QVC and other TV shopping channels. Read here

Yet, I believe these predictions may not reflect the development of social purchasing that will actually occur. In the noughties, it was perfectly conceivable that Maria and Anna, friends on Facebook, interact after Anna posts “I think these products are good” on her profile, and Maria is influenced to then buy a product on Anna’s recommendation.

Even back then, all this sounded very promising, but it just wasn’t happening. A few years later, thanks to social media, users were now potentially very much at the centre of an online purchasing chain, either helping generate a buying impulse with a Facebook status update or by supporting the brand by writing SEO-helpful product reviews.

As I said then, “Social commerce is still about selling, but now it is no longer the product that is the beginning, but the human being [and] the user is much more in the foreground as a producer or at the beginning of the process. Providers are not within reach or transaction competition, but in competition for the attention of the user. For Amazon, I am a buyer; for Etsy and Polyvore, a producer.”

At that time, potential consumers needed to be lured into the retailer’s environment online/offline, then they purchased the product. But the purchase only happened after a participation process involving the consumer searching on the website, asking friends, sharing ratings, etc. We were all going to share, “like” things, then leave social signals on the web and people would participate in the online transaction both before the purchase, during the purchase, and after it. There were lots of moving parts, and a lot of free work by the consumer to help the brand.

None of these services, sites, or ideas made it work. Not one survived the Amazon wave, or the ASOS wave. The reality was that though people were there to buy, and payment facilities were there if they wanted them, people still went to Amazon or even – at the time, less so now – the Sears or Walmart online shop.

That’s because users prefer to buy from solid e-commerce portals. They trust the range, they trust the safety, they trust the fulfilment process. On Facebook, people expect to connect to share ideas, to share pictures from their prom night, or whatever. On Amazon, they buy stuff. The gap between those two orientations has always been so wide that it has just never been possible for even the biggest social networks to become relevant players in the e-commerce space.

Have things changed enough to make this latest wave of social commerce viable? There is potential for change with Instagram. Within Instagram, there are influencers and brands that were solely built within the social ecosystem. So it’s not a brand manufacturer using a network as an advertising channel, but a brand built within the channel. If there’s some sort of exclusivity of the product and an easy way to check out, the two worlds may be merging in that specific instance.

Social commerce could well be huge in China or India. WeChat is already a big force in social commerce. For various historical and social reasons, Chinese consumers did not experience ‘Retail 1.0’ (bricks) as much as Western consumers. So social commerce doesn’t have so many gaps to bridge. Another key difference with Chinese social is that it often supports a network system where 10 other friends can agree on buying a product and then get a discount together, which is behaviour we have not really seen scaling in Western markets yet.

Could social media networks pave the way towards stronger authentication?

A new generation is emerging that may not feel so strongly about buying from Amazon, rather than through social channels. But as it stands, advertising on Facebook and other social media environments drives consumers to businesses but does not facilitate the sale. Where I see social commerce, though, is on Amazon, in a qualified way – using dark patterns in marketing. So a consumer might see on Amazon that there are 100 other people looking at the same product, and 20 people bought it in the last hour. There’s only 40 available, so buy now to get your 5% discount.

This is used a lot on hotel booking sites, where it’s claimed so many people are looking at this same room, so you should buy now. This probably isn’t true, but is a neat conversion trick. I think we will see more of this type of use of social signals in e-commerce environments. I predict that social commerce applied to existing sales platforms in this way looks likely to be a stronger contender for the future of retail than social commerce or livestream shopping that is embedded within people’s social media experience.