The promise of storage and IT infrastructure in 2018 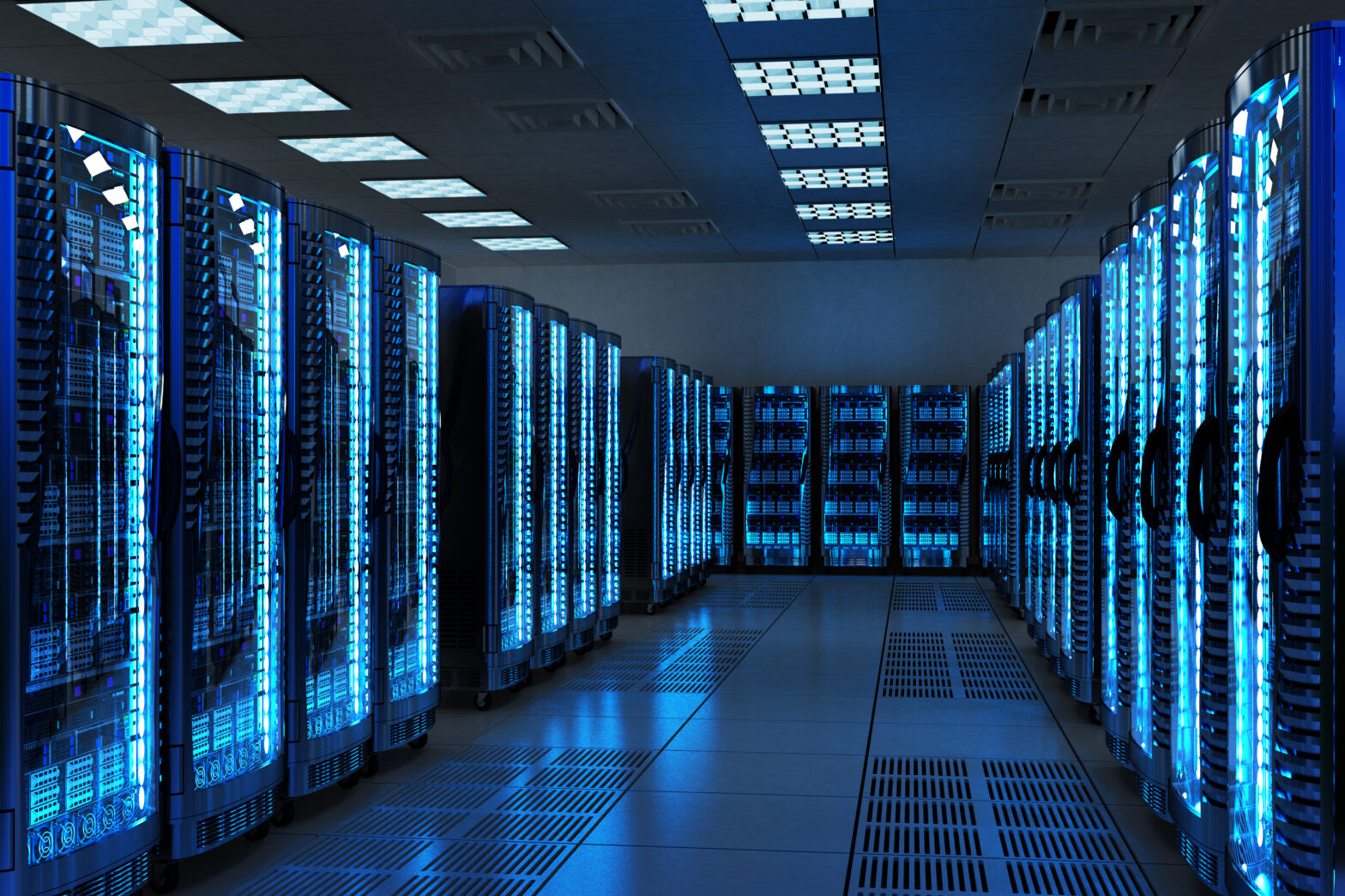 2017 was a turbulent year for IT, but this is business as usual now. 2018 promises to be even more turbulent, with increasing levels of consolidation, regulation and global competition.

No matter whether you strive to be at the bleeding edge of IT or not, our 2018 storage predictions and IT infrastructure trends are a good starting point to get a competitive edge and make your life easier.

• Storage devices – NVMe on the rise

NVMe SSDs are going mainstream, superseding SATA and SAS SSDs. Server OEMs are finally delivering good server platforms for NVMe drives, which will help adoption of NVMe drives tremendously. Since the price of NVMe drives is just 5-10% higher compared to the price of datacenter grade SATA SSDs, quick adoption should be expected during 2018. For small margin customers will get 2-3x the performance and half the latency.

• Flash and DRAM shortage to alleviate

During 2017 the Flash and DRAM shortage was leading to increased costs for computer components which use Flash and DRAM, i.e. SSDs and DIMM modules. Delivery times were extended and varied significantly and between vendors – from couple of days to over a month, sometimes longer for larger quantities.

During 2018 new production capacities are coming into operation and this shortage will be relieved. During Q2 and Q3 2018 this could mean the price of NAND Flash to drop moderately. This will further lower the cost for SSDs and Flash-based storage systems and accelerate their adoption.

With the decreasing cost of Flash, SSD-HDD hybrids will make less and less sense. HDDs will be moved down to serve strictly capacity use-cases (where $/GB is more important than performance). Performance use-cases will be satisfied by Flash-based systems. Flash-based storage systems will also grow in size and scope, utilizing the newly-found efficiency of low cost NAND Flash.

High performance storage systems based on NVMe SSDs will start to gain wider adoption. With the right storage system partner it now becomes possible to have a shared storage system as fast as or faster than local SSDs.

The divergence of storage systems into two distinct categories will continue. The two categories are systems which focus only on performance (disregarding other aspects) and systems (like StorPool) which provide high performance, but also end-to-end data integrity and the full spectrum of data features (HA, scalability, snapshots, multi-site, etc).

While in 2016 SDS was the second option in new projects (first were either traditional SAN or All-Flash Arrays), in 2017 SDS became the first option companies reviewed. There will consequently be a spill-over of SDS and DS in the data centers and Storpool predicts it will be 30-50% of new deployments in 2018, with accelerating growth in 2019.

Also SDS is usually adopted in relatively larger projects (50 TB+), so it is expected that more than 50% of deployed capacity in 2018 will be SDS powered.

SDS is also the fundamental storage layer of HCI (Hyper-Converged Infrastructure) solutions, and there it replaces low- to mid-range SANs and all-flash arrays.

The concept of “unified storage” (block, file and object, in one product) is being demystified. As good as this concept sounds, it is an elusive promise. In practice, storage software needs very different architecture and implementation to be very good in each one of these use cases.

>See also: An industry perspective of the evolution of storage

2017 saw initial segmentation, where many vendors started to be more precise in what they actually do and to focus on use cases they are strong at – be it block, file or object. Customers and solution providers seem to now understand that they are likely to end up with 2 or 3 best-of breed solutions for each storage layer, to get the job done well.

Storpool expects this search for “best of breed” to continue in 2018. And as the technology matured, clear leaders on a per use case and per technology stack basis will emerge.

Integrated multi-site capabilities for DR, workload mobility and for backup to boom in 2018. This was somewhat a surprise, since most companies have backup figured out and one would imagine that DR was part of this plan. However, increasing application complexity and business demands are driving a new wave of DR requirements, where storage systems can deliver nearly zero RTO and RPO.

Heterogeneous computing, the concept of using general purpose CPUs alongside compute resources better at the task at hand – GPUs, FPGAs, might start gaining wider adoption outside of the traditional applications it has been used for – video, image processing (and now increasingly bitcoin and cryptocurrency mining…). The main driver for this is machine learning and analytics over large pools of structured and unstructured enterprise data.

Machine learning, AI (artificial intelligence), IoT (Internet of Things) and the analytics applications they require will become a major driver for new IT infrastructure.

Intel Xeon Scalable is being used in nearly all new IT infrastructure projects (public clouds, on-prem clouds and others). It brings approximately 50% higher compute density (cores per server, GB RAM per server) and considerable power efficiency gains over the previous generation. This in turn brings even better overall economics to virtualised infrastructure.

The AMD Zen microarchitecture (Epyc) are back in the game with the recently announced deployment in Microsoft Azure. Expect to see further adoption in 2018.

Some companies are experimenting with ARM and Power architecture servers. However, this should not be considered mass market, yet. So this 2017 prediction of Storpool’s came short.
Our expectation is that the use of ARM and Power architecture CPUs will remain very limited to specific applications. ARM servers are better suited for batch processing (throughput-driven) applications than for interactive/online (latency-driven) applications.

>See also: Storage in an unstructured world – the role of object storage

Qualcomm has recently entered the server CPU market with their 48-core CPU.

The virtualization stack is ripe for reinvention. On the one hand KVM is gaining market share on everyone else’s behalf. This trend will accelerate during 2018, with small and large vendors offering HCI and rack-level architecture cloud solutions based on KVM. On the other hand containers, especially managed by Kubernetes are spreading fast. There is potential for reinvention of the entire virtualisation stack.

Storpool projects the decreasing market share of other hypervisors to accelerate in 2018.

Intel OmniPath has moved from seldom being used to a market leader in HPC interconnects. This is because the OmniPath adapter is now integrated into Intel’s Xeon CPUs. During 2018, most new RDMA fabrics in HPC will be OmniPath. Some deployments outside of HPC might choose it due to better cost/performance vs Ethernet, but only for large scale multi-rack cases where the application demands extreme performance between compute nodes.

Infiniband is not going away. It is continuing to be used in new HPC deployments. Outside of HPC, there is not a compelling case for Infiniband during 2018.

According to a Seagate commissioned study made by IDC by 2025 the global datasphere will grow to 163 zettabytes (that is a trillion gigabytes). That’s ten times the 16.1ZB of data generated in 2016. This growth comes mainly from unstructured data although structured data and core business application continue to add significantly.

As much of this data is created in specialised platforms (social media, specific hardware manufacturers, etc.) it is likely that there will be a new crop of large private clouds, which will become good target market for IT infrastructure providers.

It is expected that there will be a new wave of consolidation in 2018, especially between server vendors and storage players.

Cloud is increasing its adoption, although still 25.09% of money are spent on building public clouds now, according to a study from IDC. There is an ongoing trend of cross-regional consolidation between 2nd and 3rd tier cloud providers, which is expected to continue.

On the other hand the General Data Protection Rule (GDPR), which will take effect on 25 May 2018 in the European Union will stir the public, private and hybrid-clouds market and will make local markets more segmented. It is already the case that data center and cloud providers are shifting workloads to newly opened local facilities in bigger markets, so they can save and serve data locally.

• Asian vendors are picking up

The actions from leading Asian vendors like Alibaba, Huawei, AIC and NEC are all there to see, with the aim of competing head-to-head with their US counterparts. This trend is expected to deepen in 2018, fuelled by significant cash and human resources dedicated to it by Asian vendors and their increasingly global vision.

2018 promises to be an exciting year for storage and IT infrastructure. There are some master-trends happening in the industry (regulation with GDPR and the increasing strength of Asian vendors), which have the potential to swirl the markets and make 2018 an year, unlike any of the recent ones. So instead of incremental shifts, there may be some tectonic shifts.