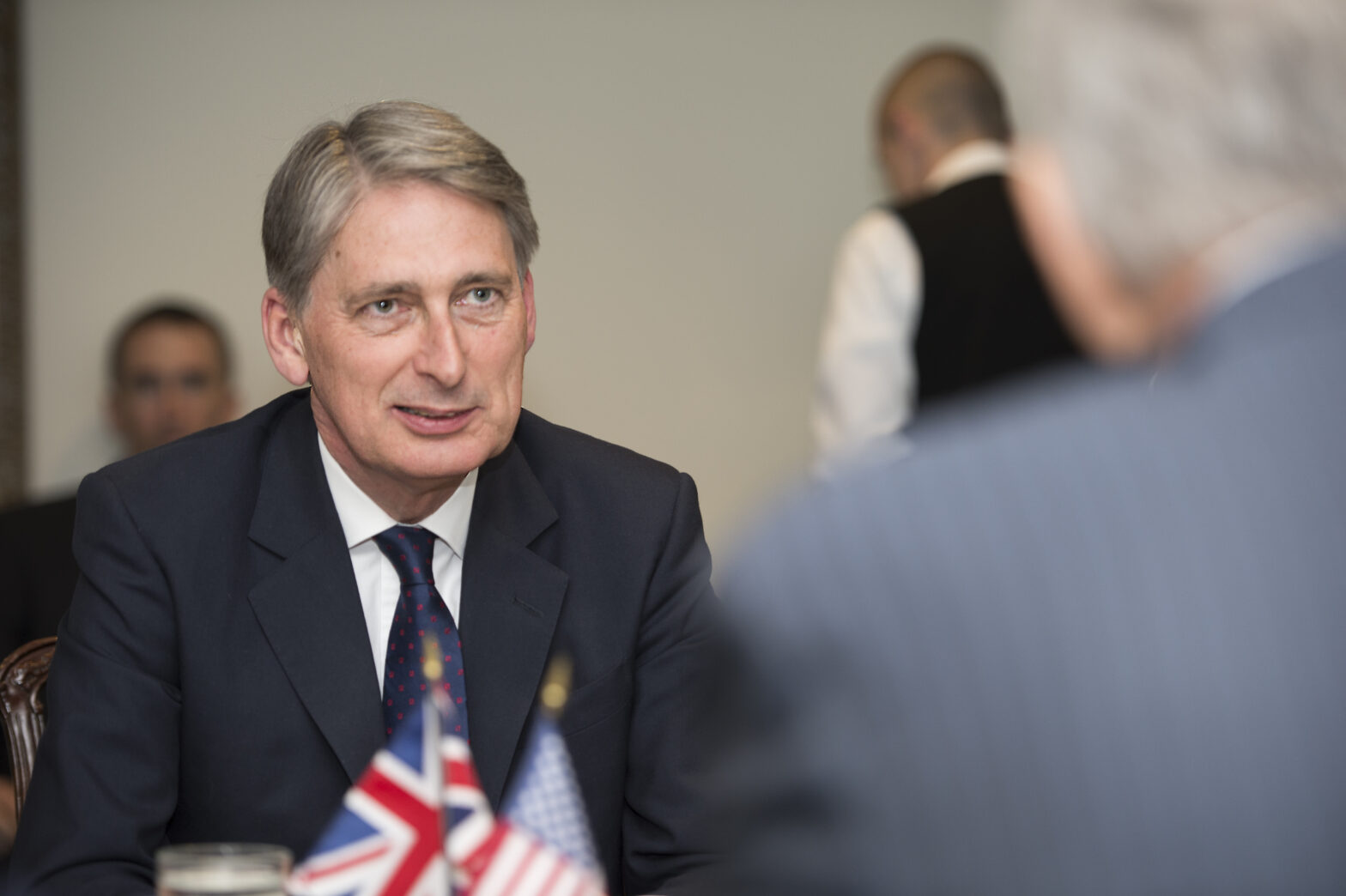 London has a commanding raft of tech and digital industries in London, which will form backbone of the global economy of the future. This was the Chancellor of the Exchequer’s message as he put forward his plan to boost the UK’s productivity levels and enhance the country’s economic growth.

Today’s Budget had a particular focus on investing in technology, in order to embrace tomorrow. “Underestimate Britain at your peril,” Hammond said, the heart of Britain is her “dynamic and innovative economy”.

It has just been announced that an investment of £500 million will be delivered for technological initiatives ranging from artificial intelligence, to 5G and full fibre broadband. This commitment stems from the fact that “productivity performance continues to disappoint”, according to Hammond. Investment in the tech sector provides a necessary solution.

Fraser Bell, chief revenue officer of global network provider BSO, agrees and has voiced his support for these investments into the UK’s digital transformation.

“Stalling Brexit talks mean it was more important than ever that this budget incentivised businesses to invest in new technologies in order to remain competitive in the global economy. Increased funds going towards the infrastructure layer which props up our digital economy is welcome news, as this is vital if UK businesses are to truly challenge other leading technology hubs.”

“Thanks to fast paced digital transformation, on-demand is the new normal. Network capability is now the differentiator for firms that thrive in the connected world and those that struggle to survive. Politicians should not forget that without solid network infrastructure underpinning our technology innovations, the ecosystem as we know it would collapse.”

The Government will also support regulation innovation – referring to impending data protection law changes – with a new regulator pioneer fund, as well as a new geospatial data commission to develop a strategy for using the government location data to support economic growth.

“Adapting existing laws for the digital age, such as the impending GDPR, may be adequate for now. However, this is a unique opportunity for the UK to lead the way by striking a successful balance between the implementation of new technology across public and private sectors, and regulations,” said Jonathan Ebsworth, head of the Disruptive Technology Practice at Infosys Consulting

>See also: What is the key to driving productivity?

“Ultimately, we should look towards ensuring this new ‘Regulators’ Pioneers Fund’ is effectively and efficiently implemented in a way that doesn’t stifle technology innovation and adoption – providing citizens with opportunities to protect them.”

‘Every half an hour’

Hammond said he wants a new tech business to open every half an hour, as opposed to every hour. And to help facilitate this, he has unlocked £20 billion to be made available to knowledge-intensive businesses, in order to fuel the growth of tech startups.

Artificial intelligence is the technology that the majority of businesses know has the power to truly transform business operations, and support transformation.

“The government’s pledge today for artificial intelligence is highly welcomed and a necessity not just for the tech sector but the UK economy as a collective. The UK’s productivity woes need little introduction, but the arrival of artificial intelligence and automation can go some way to addressing these. Let’s be clear, this pledge from the government today is a step in the right direction but the UK is in a global race when it comes to the adoption of AI technology, and it cannot afford to lose. While today’s pledge is an excellent start, other countries are investing far more in AI. Today’s pledge from government must act as a catalyst for cross-industry investment in this technology, with bold new ways of working created and AI front and centre.”

“The real value of AI is in its power to help us understand information and make decisions in a fraction of the time it took before. The technology augments our abilities and raises the bar on what we can achieve, freeing employees from repetitive tasks and allowing them to focus on what will bring more value to them and the business. This investment will not only help UK workers excel and prosper in our increasingly digital world, but ensure the UK collectively is not left behind as disruptive innovation transforms the way in which we work and live.”

However, Ebsworth believes the Government must consider allocating further budget to researching the ethics of AI, a crucial part of the UK’s strategy to become a world leader in AI.

“It is good news that the Government has started to address how we actually go about governing AI whilst it is still in its relative infancy.”

“Existing laws and codes of ethics were not designed with an AI-enabled world in mind. There is little by way of specific governance including guidelines, standards, or codes of ethics around the development of Robotics and AI.”

5G will be essential in moving British businesses forward into Industry 4.0, and it may one day meet expectations but a solution is needed now

In response to the Budget, Nick Watson, VP EMEA at Ruckus, advises those pining for 5G connectivity levels shouldn’t hold their breath.

“It’s refreshing to see government investment into connectivity, but 5G will take several years to become mainstream. While it may one day meet expectations, we need a solution now. Our big cities urgently need networks that can support the world class infrastructure that the government wants to build, so instead of holding our breath for 5G we should invest into Wi-Fi technology for a simple, cost effective solution.”

“Using a shared communications spectrum (as the CBRS alliance is doing in the US), Wi-Fi can bridge the dead-zones of mobile coverage. Compared to 5G, these are significantly less expensive, easier and quicker to deploy as well as mobile network-neutral, benefiting operators and customers. UK consumers will get massive coverage expansion at little to no cost to the operators. This means we can take advantage of new technology, whether that’s driverless cars, transport improvements, or smart factories and cities.”

“No technology is as symbolic of the upcoming revolution as driverless vehicles,” said Hammond. In the Budget he made a firm point to say that the future of transport will be driverless, and the that the Government would “step up support for it”.

But, before driverless needs to come electric, he said. This change needs to come as soon as possible, which is why Hammond announced an investment of 400 million for charging infrastructure.

Russell Goodenough, client managing director, Transport Sector at Fujitsu said: “The future of transport is notoriously difficult to predict; however we’re seeing a clear move towards increasingly connected and autonomous cars becoming the norm in just a few years’ time. The latest announcement from Chancellor Phillip Hammond is yet another indicator of the UK’s commitment to accelerating the pace of change, and the Government’s intention to secure an instrumental role for UK business in the industry’s future.

“This presents an exciting challenge for those investing in the transportation sector. Driverless cars throw up serious questions, including how we ensure a safe environment for their operation, does road infrastructure need to be updated to accommodate increasingly sophisticated vehicles, who is liable for insurance claims, and how can we ensure autonomous cars are not vulnerable to hacking or cyber attack.”

“It is crucial that we begin to address these issues today. Driverless cars could boost UK productivity by enabling employees to work while commuting, as well as reducing accidents on the road and reducing the amount of land needed for parking. The government’s investment in the technology is to be welcomed, and it’s up to everyone in the transport sector to come together to agree exactly how this technology will work in the UK.”

Skills for the future

To meet the challenge of tomorrow head on, “we need the skills,” said Hammond.

In a range of initiatives, he announced three million apprenticeships to start by 2020, the introduction of the much-anticipated T-levels and a further £20 million for FE colleges to help them to prepare for this.

Computer science is also at heart of the impending revolution, and Hammond announced that every secondary school pupil can now take this, with his plan was to triple the number of trained computer science teachers to 12,000.

The Government will also work with industry to create a new national centre for computing. Rapid technological change is happening, but there is a need to  retrain those in current employment with the skills for workplace of future.

To achieve this, Hammond announced a historic partnership between Government, TUC and CBI to set a strategic direction for a national retraining scheme to boost digital skills, which includes a £30 million investment digital skills distance learning courses.

Backing skills is key to unlocking growth, but this needs to be done in all parts of the UK, concluded Hammond.

Fergus Caheny, head of the technology group at Smith & Williamson, the accountancy, investment management and tax group believes that today’s investment in technology is simply not good enough.

This level of investment does not satisfy what is needed, says Caheny. “These amounts are not enough by comparison to what is really needed.”

“Of course, any amount is welcome as it puts the issues front and centre. However, the aim seems to be to grab headlines, rather than have a material effect. Looking at AI, the UK has a commercial and technical advantage over most countries: the investment levels need to reflect this to ensure and maintain our competitive advantage.”

“When you consider the hundreds of millions that Google annually invests in its Deepmind AI program, the government cannot sensibly think £75 million will achieve this aim.”