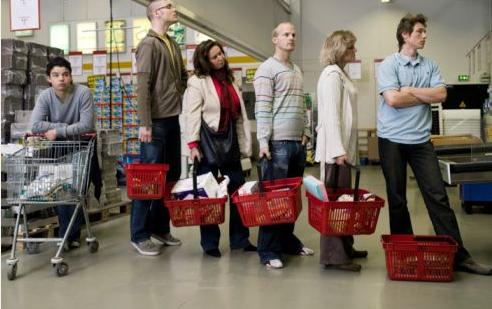 Wal-Mart is the quintessential real-time enterprise. Big investments in sophisticated technologies, from ‘live’ decision-making engines to electronically-tagged supplies, have made the world’s biggest retailer nimbler and more responsive to customer demands.

At the centre of the US company’s real-time IT infrastructure is a sophisticated data warehouse, which has a latency of only six hours from transaction to analysis. That provides remarkably accurate and timely insight into buying patterns at Wal-Mart stores. “Today’s fast-paced business environment means you need to make decisions based on recent, fresh data,” says Wal-Mart’s data warehouse supplier, Teradata.

The system, based on the Teradata large-volume data warehouse from NCR, came into its own in the US in the week following the 11th September terrorist attacks. On the morning of the attacks, executives recall, stores were empty “ghost towns”, as people watched the events unfold on television.

By the evening, customers worried about the prospects for war “pantry loaded” on guns, ammunition, bottled water, flags, fuel containers and television sets. Based on analysis from the data warehouse, Wal-Mart quickly became aware of the sharp increase in sales on certain items. That triggered procurement systems to stock up not only on items in demand but also on those that customers had put off buying. The move was vindicated: as rival stores began to suffer empty shelves, Wal-Mart’s sales climbed 25%.

Wal-Mart’s quick response to the events of 9/11 may have been impressive, but executives think they can do better. In a bid to improve supply chain management techniques, the company is poised to give radio frequency identification (RFID), the item-tagging technology, one of its biggest endorsements so far.

In truth, RFID tags are not new: they have been attached to valuable in-store goods for years to prevent theft, and pets are often tagged with small RFID devices. But miniaturisation, standardisation, lower price-points and better networking and database technologies have opened up new possibilities. The simplest tags act like invisible barcodes, enabling any item to be automatically identified within a given range. Others have built-in rewritable memory and sensors.

Wal-Mart CIO Linda Dillman recently directed the company’s leading 100 suppliers to have all their cases and pallets tagged with RFID chips by 2005. That amounts to some eight billion tagged items a year. RFID technology, Wal-Mart hopes, will raise supply-chain visibility and enable it to cut costs by making inventory management systems more efficient.

Wal-Mart’s experience might seem like a pipe-dream to other businesses, but it is not out of reach, says Teradata. “Imagine your business being intelligent enough to recognise and predict customer buying patterns, anticipate the customer’s needs and deliver just-in-time marketing promotions because you understand your complete relationship with the customer at the point of sale. This is no longer the stuff of a brave new world,” it says.

Wal-Mart, founded in 1962 in a single convenience store in Arkansas, is now the world’s biggest retailer, with more than 3,500 outlets and annual sales of more than $244 billion. Among other achievements, it holds the record for the largest ever retail turnover in a single day: on 29 November 2002 – the day after the US Thanksgiving holiday – it banked $1.4 billion. In the UK, Wal-Mart operates through its Asda subsidiary.