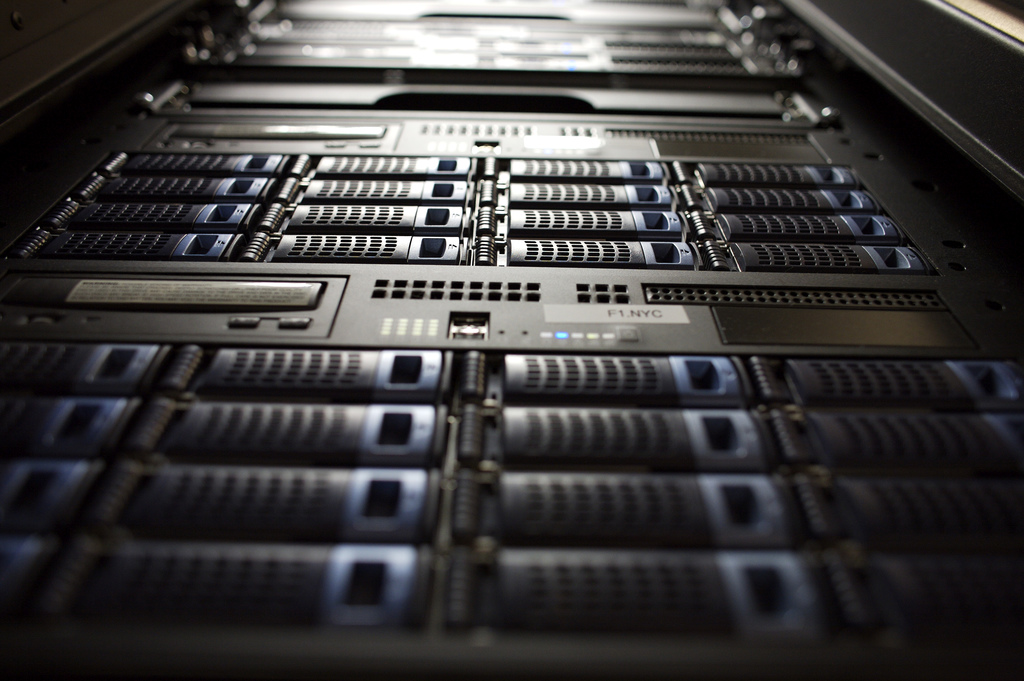 The rise of flash storage has coincided with the rise of big data analytics, hyperscale computing, massive databases, and other I/O intensive workloads. While these can be the catalyst for new services or revenue streams to be created within the business, organisations large and small are recognising that they may need to rethink their storage strategies, especially for applications that require high performance and quick response times.

Flash storage provides benefits such as high performance, flexibility, and reduced storage requirements, thanks in part to the effects de-duplication and compression that can drastically reduce the data footprint, driving down storage costs. While flash may be more suitable for some industries over others, all businesses struggling to cope with the growing data in their care can benefit from flash.

'Banks need to take on Amazon and Google or die,' said Francisco Gonzalez, CEO of Spanish banking giant BBVA, highlighting the problem the financial services industry is facing when he commented. 'The shift to digital requires a complete overhaul of banks’ technology.'

In light of this, there are the top five industries that can benefit most if they can take advantage of flash storage, and the opportunities it can bring to them.

Part of that overhaul should be looking at when, and not if, flash technology is implemented into the business. With higher I/O rates and no-moving parts, flash can help with all of the struggles financial services organisations are facing in the increasingly competitive digital world.

Take the area of risk management for example: new regulations require banks to take a relatively conservative line on their risk exposure, which determines how much of their customers’ money they can invest. Without a ‘real-time’ view of their investments’ risk exposure, banks will be at a competitive disadvantage. As such, Flash has the potential to provide the capacity for large scale analysis, and allow customers a real-time view of their market exposure, increasing their ability to invest their customers’ funds and grow their potential upside accordingly.

The retail industry is experiencing an explosion of data like never before. Competitive pressure in the retail market is at an all-time high. Incumbents are facing extreme challenges from low-price upstarts. The strongest weapon in their arsenal to fight back? Data. In a recent survey of UK decision makers, 74% of respondents from the retail sector claimed transforming their organisation’s model to meet customer requirements is key to unlocking the next wave of growth for their organisation.

Flash will help them keep real-time tabs on inventory, pricing and deals, helping them adjust pricing, for example, on many tens of thousands of products and SKUs, making regional adjustments and sending instructions to systems to move products from sources of surplus to sources of demand. Without the kind of speed and I/O intensity Flash supports, it's simply more difficult to be competitive.

It’s not just social network gaming either. Take Twitch for example, a service that allows users to upload, share and watch recordings made in video games online. Its growth is so rapid that it now claims the fourth highest web traffic in America, behind only Google, Netflix and YouTube. Video games are now played in professional competitions with huge audiences, and the best players have become famous.

What has allowed companies like Zynga and Twitch to experience such high level of growth is that they ensure they consistently deliver a seamless customer experience. With improvements in latency and downtime when compared to traditional storage devices, flash delivers against this requirement.

From HD to 3D and high-quality 4K (four times the resolution of HD), the media and entertainment industry continues to push the boundaries of the experience the viewer has on their screen. At the same time, these innovations are pushing the need for storage systems capable of handling massive file sizes; a single minute of 4k shooting will typically take around 5GB of storage.

How the industry tackles this issue of storing and managing such large data sets has become such a familiar problem that it’s been made famous in HBO’s Silicon Valley, a television series documenting the rise of a fictional start-up company that developed a universal compression algorithm far more powerful and efficient than anything that exists today.

While the algorithm itself may be fictional, the need to compress and de-duplicate such large files is where the benefits of flash appeals to so many businesses. With compression methods like thin provisioning, and always-on and always inline global deduplication, flash is fast becoming the de-facto standard to meeting the industries growing hunger for data-rich video formats.

Internet-based services such as social networks demand near-real-time access to the growing mountain of data those services access. They need the agility to move things around; for example dynamically repositioning adverts, or providing data in real-time to advertisers with real-time bid calculations. These require high IO rates and low levels of lag.

Given the scale of operations supporting the (hundreds of) millions of users social networks attract, the data centres companies like Facebook and LinkedIn build are so big that the benefits flash brings can have significant ramifications on the organisation's operations.

Flash has the potential to meet many different business needs; from providing a more efficient way of storing information, thanks to its aggressive dedupe and compression capabilities, through to increased resilience and faster performance. There’s no doubt that every business will experience its benefits in the future, but some definitely need it sooner rather than later.