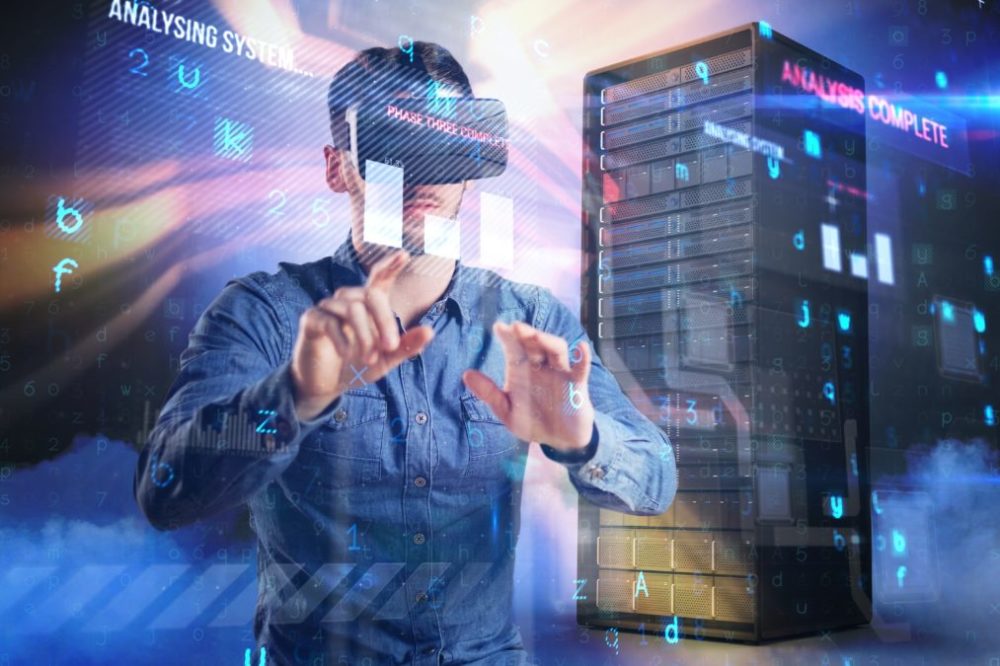 Virtual Reality (VR) has created somewhat of a stir, perceived as still in its infancy — for most, it is a buzzword, with few fully grasping its many applications. However, this situation is changing as the technology is rapidly becoming more widespread and awareness of its potential grows. With strong government backing in the UK, VR is already being explored and assimilated to some degree by CTOs within the digital strategies of vertical industries such as healthcare, travel, retail and education, with results revealing improvements in engagement, learning and customer experiences.

And while developer and consumer excitement builds around the remarkable possibilities of VR, in order to fully realise its benefits, we must first solve a significant challenge which is currently being neglected in VR deployment discussions: What should CIOs do about the massive amounts of data files VR platforms accumulate?

The rise and rise of virtual reality

The VR market is in an early stage of maturation and, though still somewhat fragmented, it is gaining momentum and has real potential as an enabler for business strategy.

In April 2018 the UK Government announced that £33 million is to be invested in creative immersive technologies, including virtual reality (VR), augmented reality (AR) and mixed reality (MR), as part of UK Government Industrial Strategy, which includes plans to grow the artificial intelligence and data-driven economy. This will enable opportunities for UK-based businesses to create new immersive apps, tools and experiences, and for UK firms to further innovate and compete globally. Growth in VR can be evidenced in a report published on 21st May this year on ‘The immersive economy in the UK,’ revealing that there are now “1,000 immersive specialist companies in the UK employing around 4,500 people, generating some £660 million in sales, potentially representing as much as 9% of the global market share.”

In healthcare, stringent IT budgets can be a barrier to experimenting with new technology. Despite this, VR is making some impact through the use of headsets to develop and train medical staff in the improvement of healthcare for patients. VR is deployed in some medical schools in the use of robotic surgery, aiding patient diagnosis and in VR brain surgery, allowing student viewers a 360-degree view of procedures. VR may also prove to be a useful tool in helping to improve talent retention and skills shortages in healthcare.

In the education sector, VR’s role is to aid with innovation and improve student learning. It can be a vital tool to help train, educate and develop skills. Virtual reality allows students to visualise and manipulate objects in a virtual environment, enabling them to significantly improve their comprehension of abstract concepts and stay more engaged throughout the learning process.

>See also: How virtual reality is changing the business landscape

VR has also made significant strides in retail by creating visual experiences with virtual showrooms, allowing customers to make and see the result of bespoke changes to the design of a product, and to aid in purchasing decisions.

In travel, and particularly in the UK rail industry, VR can be instrumental in helping rail companies to stay ahead of the competition. VR headsets can be used as an educative tool in conjunction with 3D modelling, providing an immersive, hands-on learning experience for apprentices and engineers.

All of these applications make a compelling case for VR, though the downside is that its use creates a formidable amount of data that requires storing, protecting and preserving for the long-term.

The challenge of VR data storage

File sizes for VR are significant and depending on the camera, can produce up to 1 terabyte (TB) of data per hour. That’s the equivalent of approximately 200,000 songs (assuming one song is five megabytes) or 17,000 hours of music. A sports organisation streaming 60 games per year at three hours per game must be prepared to store more than 180 TB. Looking at things this way, it is easy to see how storage of VR data could quickly become a barrier to some industries making an investment in it. But if organisations act smartly, VR need not create extra costs that could cut into other planning and development initiatives.

With the world’s data growing exponentially, CTOs already have been involved in hotly discussed topics as to the best and most cost-effective deployment of cloud, flash, tape, disk and other forms of data storage for their organisational needs. Storage industry experts have forecasted that “the digital universe could grow to more than 160 zettabytes (ZB) of data by 2025.”Advancements in technology in data-hungry verticals such as the research industry, geology, medicine, high-performance computing, media and entertainment and defence, as well as the adoption of VR, will further compound this issue.

Cloud must be ruled out as a suitable form of storage for VR content by virtue of its inherent and constant need to be retrieved, edited and enhanced. While the cloud’s initial costs are relatively nominal, the recurring cost of storing data rises as data volumes increase. For final version playout on a small scale, cloud may be fine, but for all of the bulk data, it likely will be unusable.

The ideal scenario for storing VR data must be one that enables organisations to access and edit their VR files as necessary, while also allowing them to economically archive them, thereby protecting and preserving data for as long as is needed. This approach equates to a two-tier system, with network attached storage (NAS) on the front end, and tape storage on the back.

This cost-effective data storage system would perfectly support VR use cases, and would be a match-fit solution for CTOs to integrate as part of their digital strategy. Tier-one storage, like flash and NAS disk systems, would provide easy access to VR data that is active. Tape storage would be the perfect choice for archiving old VR content or as a second copy of final cut as it is not only inexpensive but is also the only storage medium not vulnerable to cyber-attack. When it comes to VR data storage, a two-tier storage infrastructure will undoubtedly save time and money for organisations.

If the appropriate storage strategy capable of preserving and protecting VR data for long periods of time is not put in place from the beginning, the rapid growth of the VR industry will become impeded. With billions being spent on VR content creation globally, CTOs would be smart to implement a future-fit storage strategy by investing in viable cost-effective and scalable storage infrastructures, capable of keeping pace with data growth and future technological advances.