VR vs AR – the battle of the realities 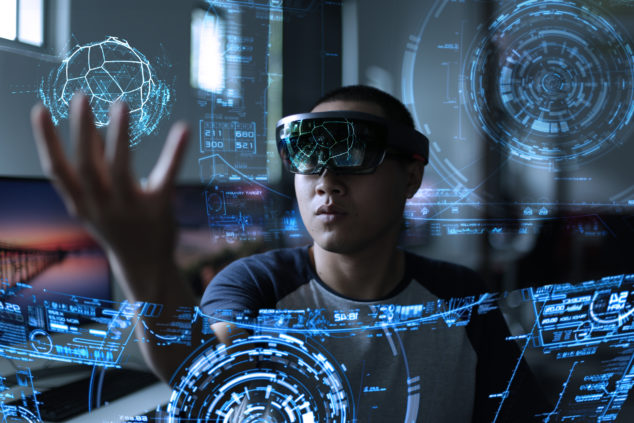 In today’s digital age, virtual reality (VR) and augmented reality (AR) are hot topics of conversation and two of the most popular buzzwords. Certainly, things have moved on since the days of virtuality machines in arcades and The Lawnmower Man in cinemas. Today, there are already many successful and developing apps that are showcasing these realities, with the release of movies like Ready Player One and gaming add-ons, like the PlayStation VR. Even things like Google’s, often mocked, Glass device helped catapult AR into the public eye (quite literally) without needing to explain why you should try it. From mobile to smart glasses, these technologies are readily available at our disposable and are developing at a progressive rate.

Before our very eyes, new inventions are developing rapidly in this space. Technologies are offering new approaches for businesses to expand, by facilitating fun and innovative ways of enhancing customer experience. Business leaders are, therefore, increasingly latching onto ways in which they can harness the potential of these transformative technologies, with applications being adopted by various industries, such as healthcare, education, entertainment and science. This is reflected by the numbers, which show that worldwide spending on AR and VR is predicted to see huge growth this year, reaching $17.8bn – an increase of nearly 95% since 2017.

Undoubtedly, these modern technologies might just be what businesses need to gain a competitive edge over their rivals. However, before considering how they can be used to drive business opportunities and expansion, it is crucial that organisations understand the fundamentals of how they work. Once understood, it will be far easier to keep up to speed with the advancements and developments within them, as well as the equally increasing consumer demand for it.

Are you for real?

Firstly, what are the differences between the two realities and what is the point? Both technologies can be best understood by defining what they aim to achieve, and that is complete immersion. VR immerses the user into a completely different reality than the one in front of them, one which may be either artificial or an actual place that has been photographed. AR, on the other hand, can be defined as an enhanced version of reality using virtual elements and graphics overlaid on the normal field of vision.

Predicted to be worth at least $200bn over the next five years, VR hardware is dominating and disrupting many industries, particularly gaming and entertainment. In doing so, it will become prime and central for consumer hubs and platforms. The goal is to provide users freedom of movement by tracking their motion, as well as head and eye movement – the latter being, arguably, the most immersive aspect to the headsets.

VR headsets can increase users sense of immersion by offering wide fields of view. Two popular use cases which do so are the HTC Vive and Oculus Rift, which offer users out-of-body experiences on a video game from the comfort of their living room. Their 110-degree field of vision completely envelops the user into the virtual experience by wrapping around the entire head, blurring the boundaries between reality and fantasy. This experience has no physical boundaries either, associated with television or computer screens, which means that users are completely absorbed into a life-like environment. With the most advanced of platforms, special hand controllers may also be used to enhance the virtual reality experience further.

The way AR differs from VR is by taking the existing environment and manipulating it through the overlay or superimposition of digital elements, effectively engaging users in an enhanced version of their real world. Take Pokémon Go or even Snapchat lenses as an example. Their popularity has stemmed from an enriched vision of the normal everyday reality, for something that is, temporarily, out of the ordinary and ‘augmented’. In this way, AR is slowly but surely dissolving the lines between the virtual and reality. Contrary to VR, AR streams real-world footage, before determining how to integrate virtual objects and play it back to the user in real-time. In this experience, the user is aware of and can still interact with the surrounding environment.

Thanks to the success of these apps, the popularity of more AR-driven experiences has rapidly increased, and the market is ready to go hard on its use of it. However, while the transition is still far from seamless, the technology has opened up a new world of opportunity for B2B companies, and a way of gaining a competitive edge over rivals.

Back to life, back to reality

Everyday, technology is making advances and transforming the industry. As consumer demand and expectation progresses, it drives opportunities for B2B organisations. These opportunities are allowing businesses to change the way they engage with consumers and present their services, products or solutions. Increasingly, companies are turning to technologies such as AR and VR to better serve their customers and meet customer expectations.

This is particularly true within the retail industry where there is a disparity between what consumers want and the reality of the product or service they wish to invest in. Whether this be because the consumer has envisaged a very different end result, or the business hasn’t presented the customer with the best possible depiction of the product, marketers can step in here in collaboration with these technologies to provide a more seamless and personalised experience for consumers, achieving far more than previous marketing and interactive tools.

By allowing the consumer to view a product in 3D models, they are able to take a more active role in a far more accurate and immersive buying experience. This is a whole new try-before-you-buy experience, which will lead to greater satisfaction for consumers. AR can also play a vital role within the shop itself, by providing further information on each product, from stocks to sizes.

The video gaming industry has already latched onto these reality technologies and is rapidly evolving to the point now where the lines between computerised and real are starting to be blurred. Traditionally, being controlled by video game platform giants such as Sony and Microsoft, AR and VR possibilities are now allowing users greater control within its economy, an important element to socially-driven gaming.

These are just two examples of industries that are benefitting from the use of emerging technologies, but they are also a clear demonstration of how consumer expectations are blurring the lines between how B2B and B2C businesses work.