Skip to content
Home » Editor's Choice » The future of CTOs is up in the clouds, but there is a ray of hope, too

The future of CTOs is up in the clouds, but there is a ray of hope, too 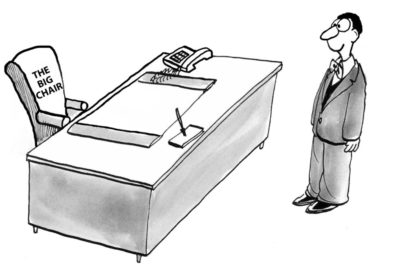 The future of CTOs: it’s bright, says Steve Clarke, joint founder and director of Freeman Clarke, the UK’s largest team of portfolio IT Directors, CTO’s and CIO’s, but only if they first adapt, and adapt very significantly. There is a disruptive threat to CTOs, and to ram the point home, Steve Clarke enunciates that phrase that all good thinking CTOs and CIOs should want to banish to the darkness – he says, through grinding teeth: “Balance sheet mentality.”

Maybe the risk lies with something called the endowment effect – we all tend to value what we own more than what we don’t own, even if our ownership is random. Psychologists have studied it in depth. Give randomly selected individuals a prize, and they tend to put a higher value on the item in question than those who didn’t win it.

In business, this bias is quite dangerous. A company may have invested the odd hundred thousand dollars or pounds in a new project, employing programmers, and very smart developers, only for a new cloud app to emerge that offers just as good functionality for a monthly fee.

Human nature, a nature furthermore that cannot shake off the pernicious effect of the endowment effect, might baulk at that. “What, migrate to the cloud, for a few dollars a month, and write off all that investment?”

Just as pertinently, they might ask “how am I going to tell the board?

“You know that new project you approved, and which we have just completed, well it turns out that there is something similar on the cloud.”

The cloud is not the only disruptive threat to the future of CTOs, either.

According to recent research from Econocom, many employees rate their home technology as better than their work-based tech, and so, maybe out of frustration, they are bringing their own device to work.

The lagging state of technology in the workplace means that tech used by employees at home, or home tech, is often superior to office tech, leading many employees to take their tech into work. This could be a problem for companies trying to recruit talent, finds a survey.

Chris Labrey, Managing Director – UK & Ireland — for Econocom told Information Age  recently that “there is still a culture of asset sweating within companies” – trying to eke out as much use as possible from a given asset, maybe on a three year lease, even longer, whereas the individual worker, may have a much shorter contract for their state of the art smart phone or tablet.

“Why is there a CTO?” some might ask “if staff have their own hardware. As Steve said: “So, if you said to new staff, as they join the organisation, ‘you have a budget of £2,000 to spend on technology every two years’, they will embrace that, and you can even reduce the amount of support required, by doing this, as people will like their machines, and look after them.”

“If we follow the logic of bring your own anything,” says Steve, “what is the CTO’s role? Well they either become someone who just looks after the network and authentication – a kind of retreat into an IT Opps Manager type role; or they become a chief security officer.

“There is the issue of integration, for example finance want to use Zerto,  and marketing want to use SalesForce, so you could end up being an integrator of apps, looking after some middleware, but that could be about it.

Logicalis Global survey of 840 CIOs finds IT leaders are taking on a key strategic role, with 83% now driving or enabling new approaches to organisational innovation

“And that is quite a boring role, almost a reversal – and much of the work could be outsourced to an IT service provider.”

Alternatively, Steve suggests: “The future of CTOs could lie with a move into the security side and data management, so more of a CIO role, where you are more consciously managing the data and how it moves around the system and looking after things like data warehouses, and centralised data repositories, for people.”

But Steve doesn’t like this idea, “it is not a role where you are building a strategy for technology to run the business going forward; instead it’s an acknowledgement in a way that the power and requirements for technology has gone over to the department heads, and you are left with the stuff they can’t manage or is too techy.”

“And that, says Steve, “is quite a depressing place for the CTO to be; there is no real reason why that role should be on the board, there is no strategic activity there for them to do.”

The question is, what can be done about it? Can the future of CTOs be secured?

Steve takes up the story:

“If the CTO plays their cards right, they can become a more important presence within the business.

“To be a CTO in the next five years, you have to be a consummate business man or business woman, you are going to have to know the business that you are in.”

The key to the future of CTOs lies with building relationships

“It is not about protecting technology and stopping the department heads doing what they want to do, but it’s about helping them down a route that is most appropriate. After-all, the marketing director isn’t going to go out and review six systems to make sure he/she gets the right one, instead they might go with the recommendation of someone they know.

“So, the CTO should take the initiative, recommending new products, new technology approaches, and doing the due diligence, the product reviews.

What’s causing the move to the cloud? It’s all about digital transformation

Agility, flexibility, scalability and eventually, digital transformation (or digitisation). This is why organisations are moving to the cloud in their droves

“It is about getting ahead of the curve, understanding the technology and having a team of professionals under them. For the future of CTOs to be secure they need to consider what their unique selling point is and bring in those who can help them play to that. It is no longer about being the infrastructure server guys, but utilising people who are more at the edge, trying to develop the technology that the business can use to move ahead of the competition.”

“The CTO is in a unique position to be able to go out do the research and bring that back in, but they have to keep ahead of the people who are trying to make day to day decisions.”

And so it’s that move to innovation — come to think of it, having two CIOs with quite different roles may be a tad confusing, so instead we should keep the moniker CTO. But if they think like a chief innovations officer, the future of the CTO is secure.