Skip to content
Home » Topics » Cybersecurity » Cyber Innovation » Tech Nation 2018 report: UK tech ahead of the rest of the economy

Tech Nation 2018 report: UK tech ahead of the rest of the economy 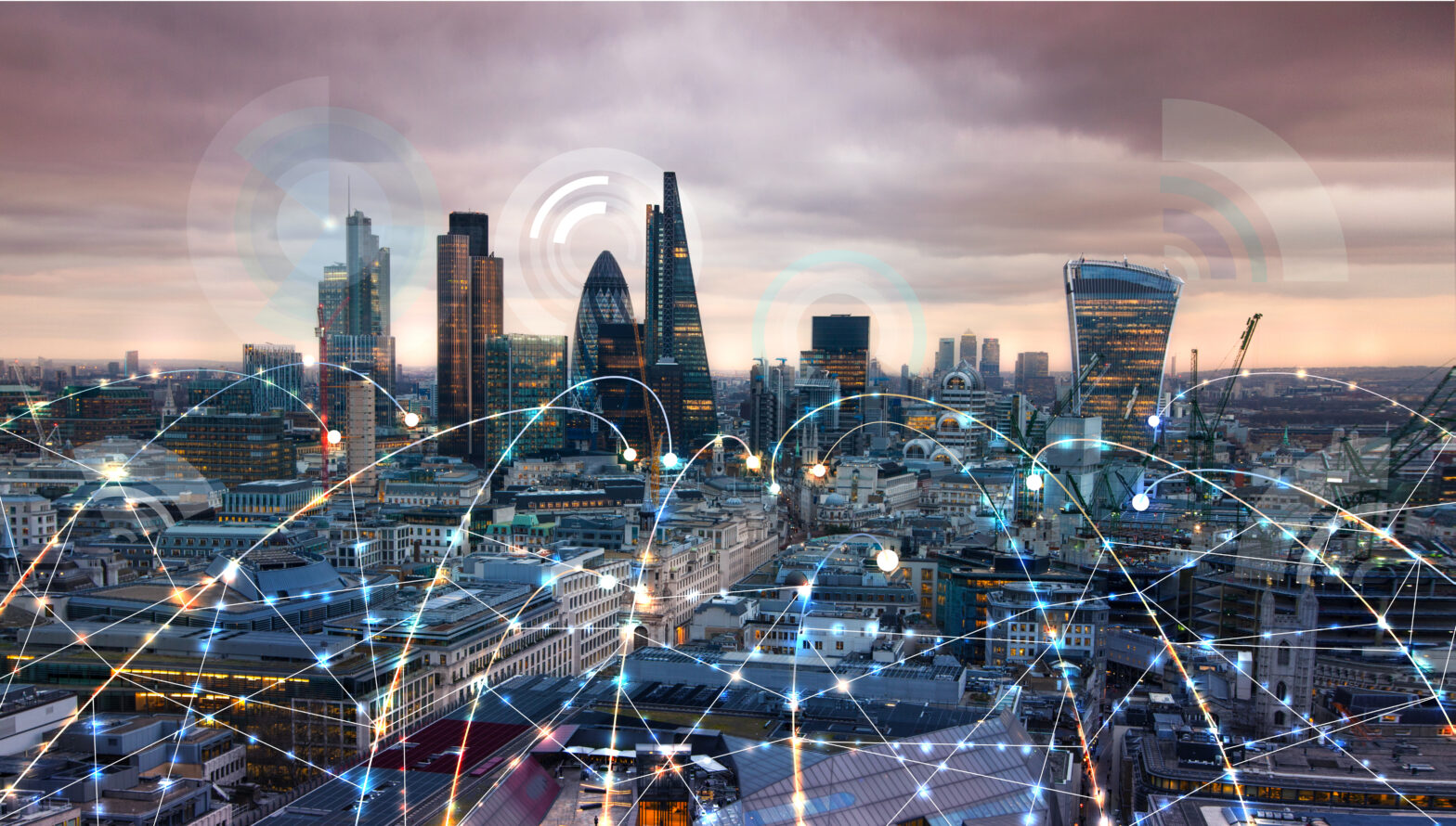 Tech is expanding 2.6 times faster than the rest of the UK economy, according to Tech Nation’s 2018 report. The digital tech sector is worth nearly £184 billion to UK economy, up from £170 billion in 2016.

London ranks as second most connected place for tech in the world, after Silicon Valley. But, when it comes to proportion of overseas customers, the UK capital trumps the self-appointed tech capital of the world.

This tech growth is not restricted to London, with the report identifying 16 towns in the UK, dubbed Silicon Suburbs, which are showing a higher proportion of digital tech employment than the UK average.

Eileen Burbidge, partner, Passion Capital & Chair of Tech Nation said that from “fintech to healthtech, self-driving cars and artificial intelligence, the UK’s digital tech sector is having an impact on every aspect of our daily lives and economy. Tech Nation’s survey of the industry shows that confidence and optimism is high, but it is important for us to keep supporting this sector and give British companies the best chance they can to grow and scale.”

The report also shows that diversity in digital tech is a slowly improving trend. Figures show more black, Asian and ethnic minority workers employed in tech than across the UK in general (15% v 10%). Although, there is relatively little progress with improving the levels of gender diversity within tech – an issue Information Age’s Women in IT Awards series is trying to help tackle.

The report, published by Tech Nation – a new voice for the UK’s fast-growing digital tech sector – is building on the work of Tech City UK and Tech North with the aim of accelerating the growth of the digital tech sector across the UK, while helping ambitious founders to succeed, increase digital skills, share learning and knowledge between sectors and communities, and help present the UK tech sector on the world stage.

>See also: PM backs ‘world-class tech sector as we build an economy fit for the future’

Digital Secretary Matt Hancock said that “Tech Nation 2018 not only highlights the underlying strength of our digital economy but also emphasises its huge potential. Our world-leading tech firms are growing fast and creating the high-skilled, high-paying jobs of the future. They are a hotbed of innovation, creativity and entrepreneurial spirit. This is a huge success story, and we are working hard to make sure the benefits of digital technology reach every corner of the country as we build a Britain that is fit for the future.”

The UK’s digital tech sector continues to accelerate faster than the rest of the economy, according to Tech Nation 2018. Turnover of digital tech companies grew by 4.5% between 2016-17 compared to UK GDP which grew by 1.7% over the same period, according to the figures.

2017 was a strong year for the UK digital tech sector with some of biggest fundraising and exits seen in years, as international investors came in their hoards to fund UK-based firms. Indeed, British digital tech companies raised £4.5 billion in venture capital investment during the year, according to Pitchbook figures – almost double the previous year.

Notable exits for the sector during 2017 included Matchesfashion.com, which was sold to a private equity investor for almost £750 million and Leeds-based CallCredit acquired by TransUnion for £1 billion.

Some of the UK’s fastest growing tech companies include; Improbable, Deliveroo, Farfetch, TransferWise, Funding Circle, Revolut, The Hut, Skyscanner, Fanduel, Oxford Nanopore, Benevolent.AI and Darktrace. DeepMind, acquired by Google in 2014, is a global leader in artificial intelligence and still based in London.

Will Shu, founder at Deliveroo said: “Deliveroo was started in Britain, grew from Britain and London remains our global HQ. It’s here that we build the technology that allows us to deliver millions of orders around the world. And without the talent, creativity and expertise of the people who work here, none of that would be possible.”

In total, the UK has seen £42 billion venture-backed exits between 2013 and 2017. Companies that have gone from startup to household names, with stock market listings worth billions of pounds in less than a decade, include Just Eat, Zoopla and Purplebricks. The proposed purchase of Zoopla by US investor Silver Lake for £2.2 billion, announced last week, underlines the success and future potential of the UK’s digital tech businesses.

Suzanne Ashman Blair, partner at LocalGlobe, said that “as investors we are seeing an environment now where start-ups can scale to become large companies with global impact. We are proud to invest in British startups that aim to be at the forefront of a global shift in how we live and work.”

A third of London’s businesses have foreign customers, surpassing the 30% of Silicon Valley companies that have overseas customers, according to data from Startup Genome. The UK is also recognised as the third in the world for total capital invested in digital tech companies, behind the US and China.

London is the second most connected tech ecosystem globally, behind only Silicon Valley, and 25% of the world’s entrepreneurs report a significant relationship with two or more others based in London.

London startups have the fourth most international workforce in the world. Only Singapore, Berlin and Chicago have a higher proportion of overseas workers, according to the report.

James Meekings, managing director at Funding Circle said: “The encouraging growth of the UK’s technology sector is testament to the remarkable talent and creativity seen across the country. It’s been hugely exciting to witness the rise of disruptive British technology companies, and I strongly believe that the UK will remain a pioneer in this area in the future.”

The rise of Silicon Suburbs

The 2018 Tech Nation Report also revealed the rise of ‘silicon suburbs’ and tech towns across the UK, where the digital tech sector is growing in urban areas not usually associated with startups and tech businesses. These smaller population centres are attracting more digital tech businesses, just as the whole UK tech sector widens the growth gap between itself and other sectors.

The 16 tech towns with above higher than average levels of tech employment  could prove to be the areas for the next generation of tech startups. The towns are:

Eight cities are also showing above average tech employment, demonstrating how the UK’s tech boom is spreading beyond locations like East London and Manchester where it already well established. The cities are: Portsmouth, Bristol, Cambridge, Southampton, Oxford, York, Salisbury and Bath.

The digital tech sector’s workforce is older than commonly perceived – which will need to be addressed – and more ethnically mixed than the average UK workplace.

On average 72% of UK digital tech workers are over 35, challenging the stereotype that jobs in this sector are the preserve of millennials, but also suggesting that more needs to be done to get younger workers into the tech sector, to generate new ideas and bring new skills.

The general absence of women in the tech sector remains a problem (only 19% of the digital tech workforce is female, compared to 49% across all UK jobs), albeit one that is beginning to be addressed by activities to tackle the recruitment and retention of women.

As part of this report, Tech Nation carried out a survey that received 3,428 responses. The responses showed that Brexit is less significant for companies outside London, which historically have relied less heavily on overseas talent to fill job vacancies.

>See also: Merger and Acquisitions in 2018: What can be expected from tech?

Roland Emmans, head of Technology Sector for HSBC, said: “Tech firms are refusing to be distracted by Brexit. While technology was one of the most anti-Brexit sectors in the run-up to the EU referendum, our tech customers are now taking a ‘que será, será’ attitude. Rather than getting caught up in the uncertainty they’re focusing their growth plans on the areas they can influence. While concerns remain around areas such as hiring European talent, the fact is that UK tech companies attracted more investment last year than their counterparts in Germany and France put together.”

There is a growing trend of informal tech meet-ups across the UK, where emerging technologies are being discussed, according to the report. It found that artificial intelligence is becoming more important, and of the top 400 UK tech meet-ups with the largest membership, nearly 16% of them are related to AI.

Suranga Chandratillake, partner at Balderton Capital said: “The UK is a leader in technologies like artificial Intelligence and blockchain. We must do all we can to leverage this advantage so that we continue to attract the most skilled people from around the world to work in our successful tech businesses. If we can do that, I’m confident that Europe will one day soon produce its own global tech giant.”

According to the report, 1.6 million people across the country belong to 3,627 informal tech meet-up groups.

Analysis of data has revealed that particular cities are quickly developing specialisms for different emerging technologies. For example, blockchain is an emerging specialism in Manchester, where there were 151 meet-ups with nearly 62,000 members.

Gerard Grech, chief executive and co-founder of Tech Nation said that: “The UK’s tech sector is growing almost three times faster than the rest of the economy. What started as Tech City is increasingly Tech Nation. London is the world’s second most connected hub after Silicon Valley. We need to make the most of that, as our new relationship with the EU will undoubtedly force us to be even more adaptive, innovative and ambitious.”